‘NHS funding problems give me no choice but resign’, says trust boss 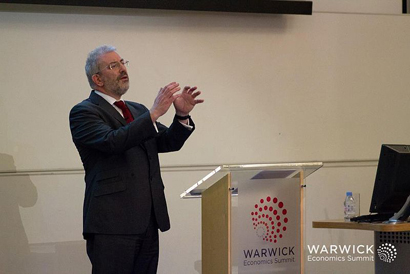 Mr Kerslake believes that ‘the Government and NHS Improvement are unrealistic about the scale of the challenge facing the NHS and the trust’.

Mr Kerslake believes that ‘the Government and NHS Improvement are unrealistic about the scale of the challenge facing the NHS and the trust’.

In an opinion piece he wrote for The Guardian, he said: ‘King’s, like many other hospitals, is fighting against the inexorable pressures of rising demand, increasing costs of drugs and other medical supplies, and the tightest spending figures in recent times.’

A spokesperson for the trust paid tribute to Lord Kerslake's 'commitment' to his role and for leading it through 'challenging' situations.

Lord Kerslake argues that the hospital has struggled financially since it took on responsibility for the Princess Royal University hospital in Bromley in 2013.

In 2015, King’s hospital, which serves more than one million people in south east London, had an ‘underlying annual deficit in excess of £140m’.

Lord Kerslake said: ‘After two years of delivering or getting close to the deficit target agreed with our regulator NHS Improvement, King’s has moved significantly away from its planned figure for this year.

‘We’re far from alone – almost every hospital in London is struggling – but the scale of the deficit and the change means that we will be put into financial special measures.’

NHS Improvement said it is considering including the trust in its financial special measures regime, which means it will be more heavily scrutinised by NHS Improvement but receive more support from, it.

With an ageing population and rising patient demand, NHS leaders believe that demand is growing beyond capacity to meet it and the current constraints are preventing the way care is delivered from being transformed.

In the Budget 2017, the NHS was allocated an extra £2.8bn, a figure falling short of the £4bn a year increase required to meet growing pressures on the service.

Dr Chaand Nagpaul, British Medical Association (BMA) council chair, said that Lord Kerslake’s resignation ‘is yet another warning about the worrying lack of funding in the health service’.

He said: ‘It’s patients who will continue to bear the brunt of a clearly underfunded service.

‘Waiting time targets for hospital care haven’t been met for years and patients face growing delays to see their GP as general practice struggles to cope with demand.’

Mr Kerslake said: ‘There are undoubtedly things that I and the trust could have done better – there always are – but fundamentally our problems lie in the way that the NHS is funded and organised.

‘We desperately need a fundamental rethink. Until then we are simply ‘kicking the can down the road’.’

A spokesperson for NHS Improvement said: 'King's financial performance is unacceptable and continues to deteriorate.

'We are considering a range of actions, including entry to our financial special measures regime, which means King's will be subject to greater scrutiny and extra support from NHS Improvement.

'We respect Lord Kerslake's decision to step down and will replace him with a highly experienced new chair to take charge of the trust's position.'

'With a heartfelt commitment to staff and patients, he has led King’s through a challenging period which has also seen some notable successes – our response to the three major incidents in London, the launch of the helipad and delivering some of the highest patient outcomes of any Trust in the UK.

'We would like to express our deepest thanks to Lord Kerslake for his hard work and dedication not only to this Trust but to the core values of the NHS – putting patients first.'