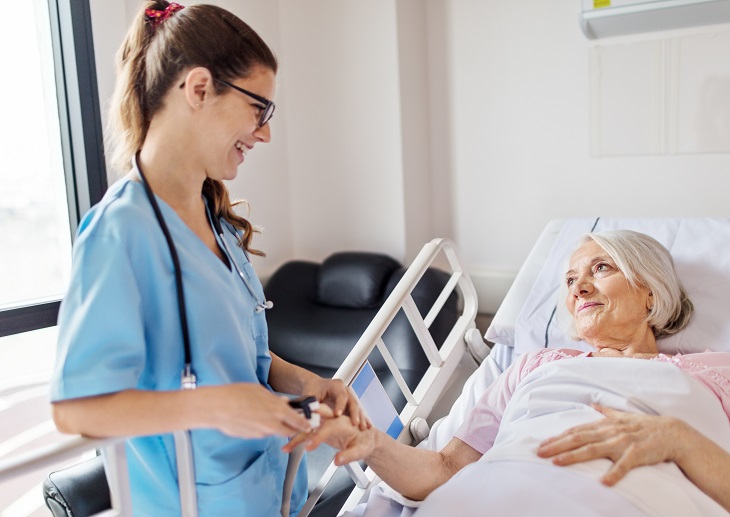 The NHS is performing better than this time last year, according to figures released by NHS England today.

A lower number of patients experienced long waits at A&E, with 9.8% experiencing an ambulance handover of over 30 minutes or longer last week, compared with 17.3% in the same period last year.

The average bed occupancy rate for last week was 87.5%, 4.2 percentage points lower than the same week last year. This meets the 92% recommended occupancy benchmark for trusts.

It comes as the BMA said last month that the NHS will need up to 10,000 extra beds to safely care for patients this winter, basing its calculations on bed occupancy rates and winter trends from previous years.

NHS England also said the proportion of NHS staff who had their free flu jab is up on this time last year. In September 2018, NHS leaders sent a letter to trust chief executives to ask them to aim for a 100% staff vaccination uptake this year.

An NHS spokesperson said: ‘Thanks to the hard work and preparation of NHS staff, the health service is performing better this winter than last, with people being seen more quickly in emergency departments, fewer ambulance delays, evening and weekend GP appointments across the country and more people able to leave hospital and get home sooner, all of which is good for patients and makes best use of NHS resources.’

Earlier last year, the Government allocated a £420m winter fund to help the NHS, social care and the ambulance services be prepared for winter pressures.

‘A welcome injection of capital for some trusts has meant many trusts could upgrade emergency departments, ambulances and increase bed capacity across the system which is borne out in the figures.

‘Cases of norovirus and flu are also significantly lower compared to last winter.

‘However, demand for ambulance services continues to grow with more patients arriving at emergency departments last week than at any time last winter.’

‘The toughest days often come later in the winter’

Responding to the figures, NHS Confederation deputy chief executive Danny Mortimer said that although the NHS is ‘in better shape’ than last year, it ‘is not yet in the clear as the toughest days often come later in the winter when severe cold weather, flu and norovirus can strike’.

Ms Deakin added: ‘The next couple of weeks will be important to get a real sense of how well the service copes with any further spikes in demand.

‘A surge of cold weather or flu now could still have a real impact on a health and care system that is running consistently at high capacity.’