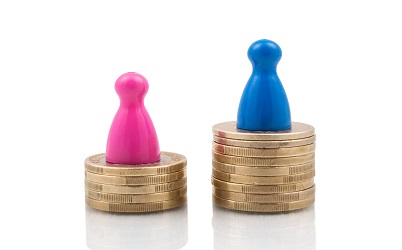 NHS England has set out a strategy to reduce its gender pay gap, after identifying that men occupy a disproportionate number of senior roles.

Its first gender pay gap report showed that 85% of its national clinical directors are men, while women make up 80% of employees in the organisation’s lowest pay quartile.

Although NHS England stressed that this was ‘not the same as saying men and women are paid differently for doing the same job’, which ‘would be an equal pay issue’, it did acknowledge the issue of men occupying more senior posts.

Although 69% of the organisation’s 5,226 employees in receipt of full pay were women, only 55% of the upper pay quartile were women. Meanwhile the number of women in the upper middle, lower middle and lower quartiles were 68%, 72% and 80% respectively.

The report, published last week, said: ‘51% of the population in England are women, and 55% of NHS England’s upper quartile senior staff are women. However, 79.6% of employees in the lower quartile are female.

‘This demonstrates that a significant driver for the pay gap is a consequence of having a lower proportion of men in lower pay bands relative to their share of population.’

NHS England also acknowledged that 10 male employees were receiving a Clinical Excellence Award (CEA), compared to only two females. It suggested this was a historical pay feature, which it had retained ‘in order to attract and retain skills and expertise’.

In response, NHS England said it would ‘use data to explore progression rates, better understand the drivers of the pay gap, and to develop our pay strategy using analysis of new starter data to ensure salary decisions on appointment, meet our equality and diversity standards’.

It also said it would ‘review how we attract more women into roles such as national clinical directors which are currently mostly male’.

NHS England also said it would ‘refresh’ its flexible working policy; ‘promote and encourage’ the take up of shared parental leave; and expand mentoring and coaching programmes aimed at supporting ‘talent development of women in the workplace’.

Firms with over 250 employees have to report their gender pay gap since April 2017, with today set as the deadline for publishing their findings.

This story was originally published by our sister publication Pulse.