NHS England and councils improve housing to save NHS money 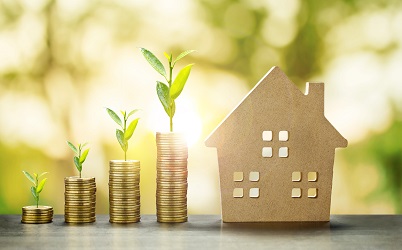 Providing better housing is on the cards as NHS England and local councils work collaboratively to save the NHS billions.

The move was announced by NHS England last Friday (23 March), after a King’s Fund and National Housing Federation Report revealed that poor housing cost the NHS £1.4bn per year.

Providing better housing is on the cards as NHS England and local councils work collaboratively to save the NHS billions.

The move was announced by NHS England last Friday (23 March), after a King’s Fund and National Housing Federation Report revealed that poor housing cost the NHS £1.4bn per year.

STPs need to better engage with local councils, suggested The King’s Fund report, which found that ‘reducing excess cold in homes to an acceptable level would save the NHS £848m per annum and reducing all falls in the home could save the service £435m’.

The report read: ‘NHS costs could be reduced by £2 billion per year if poor-quality homes with health hazards (such as cold, damp and falls hazards) were brought up to standard.’

NHS England had already encouraged commissioners and providers to work together with local governments and make use of the funding to improve health, as stated in the Next Steps on The NHS’ Five Year Forward View.

‘That’s why the NHS is stepping up to work with our council, voluntary sector and housing colleagues who can make a huge difference to the lives of millions of our fellow citizens.’

NHS England said that cold housing can cause chronic diseases and ‘poor mental health as well as heart attacks, strokes and falls.’

Poor housing is also the underlying cause of that forces  2.7 million people to hospital following accidents in the home ‘at an average cost of around £2,700 per person and around 4,000 die following home accidents’, the King’s Fund report said.

NHS Wakefield Clinical Commissioning Group and Wakefield District Housing (WDH) are working together on a series of schemes to improve the residents’ health.

One of these involves key worked addressing poor housing problems, such as lack of mobility equipment or cold homes, while the patient is admitted to a local hospital ward.

In Blaby, Leicestershire, patients can receive housing MOTs that allow identifying housing risks and trigger a direct response to make adaptations to the house.

The scheme, which goes under the name ‘Lightbulb’, allowed reducing the need for some services by 66%, on top of lowering A&E admissions.