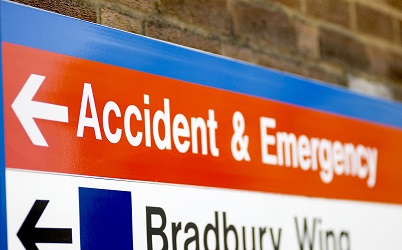 Levels of demands on the NHS will stay high through summer, the British Medical Association (BMA) has revealed.

Analysis by the BMA’s health policy team published yesterday (2 April) warned that this summer the NHS could face levels of demand as high as two or three winters ago.

Levels of demands on the NHS will stay high through summer, the British Medical Association (BMA) has revealed.

Analysis by the BMA’s health policy team published yesterday (2 April) warned that this summer the NHS could face levels of demand as high as two or three winters ago.

Unlike previous years, when summers would give a period of ‘respite’ to the NHS, the BMA said that trusts will continue to deal with ‘the fallout of massive spikes in demand and pressures during the winter months’, which will interfere with the early stages of planning for the following winter.

The BMA forecasted a number of scenarios that could become reality this summer, basing the NHS performance on A&E attendances, waiting times, admissions and trolley waits.

For instance, the worst-case scenario depicts the NHS struggling to meet its target to see, admit or discharge 95% of patient within four hours.

A situation similar to winter 2016 is likely to replicate, with 87.5% of patients seen, admitted or discharged within four hours, the BMA has warned.

It comes as in January NHS acute emergency departments manage to see only 77.1% of patients within the four hours, which was the worst figure on record.

Conversely, the best case scenario forecasts that 89.6% of patients will be seen, admitted or discharged within four hours, akin winter 2015.

The BMA said that trusts’ winter contingency plans continue to remain in place, with trusts such as the University Hospitals of North Midlands NHS Trust ‘planning to keep its extra winter capacity open until the summer’.

BMA chair Dr Chaand Nagpaul said that the £335m the Government gave the NHS to cope with winter pressures at last year’s Budget ‘proved a temporary sticking plaster that came too late in the day to avert another crisis’.

He said: ‘While we cautiously welcomed the prime minister’s commitment last week to a long-term funding plan for the NHS, this must be met with the reality of urgent and tangible new investment that will properly address the year-round pressures faced by the health service and ensure that patients receive safe, high-quality care.’

An NHS England spokesperson said: ‘The NHS has faced continued pressure after one of the coldest March months in 30 years.

‘Over the decade ahead our health service is inevitably going to have to respond to the needs of our growing and ageing population, which is why now charting a ten year plan for the NHS makes such sense.’