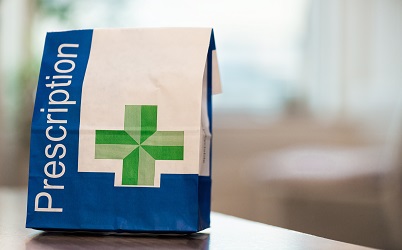 Labour would scrap the £9 per item charge in England, bringing it in line with Scotland, Wales and Northern Ireland where prescription charges are free.

The announcement comes after hundreds of nurses called for an end to ‘harmful’ prescription charges, which they said put people with asthma at risk of asthma attacks.

Asthma UK also found that over three-quarters of people with asthma in England struggle to afford their prescriptions and over half had cut back on their medication because of the price.

‘We know that the cost of prescriptions puts people off taking the medicine they need,’ said Mr Ashworth.

‘Not only do people suffer illnesses and the effects of illnesses more than they need to but, in the long term, it costs the NHS more money because those people who don’t take their medicines present with even more serious conditions later on.’

The NHS could save £20 million a year if they lifted prescription charges for people with Parkinson’s and inflammatory bowel disease, according to the Prescription Charges Coalition.

Labour party leader Jeremy Corbyn added: ‘Healthcare is a human right. People should not be forced to worry about the cost of their medicines.’

Professor Helen Stokes-Lampard, chair of the Royal College of GPs, said the ‘renewed debate’ around prescription charges was ‘encouraging’.

She continued: ‘We fully appreciate the amount that prescription medications cost the NHS every year, and we would always encourage patients to buy over-the-counter or other widely-available treatments where they can to help reduce this.

‘But even though many of our most vulnerable patients are already exempt from standard prescription charges, the fact that fees exist in England means there is real risk that some people might not obtain and take the medication they need.’

Conditions such as asthma and chronic kidney disease are not on the prescription charges exemption list, while patients can also opt into the NHS prepayment discount scheme.

People with these long-term conditions can pay up to £104 a year for a prescription prepayment certificate.