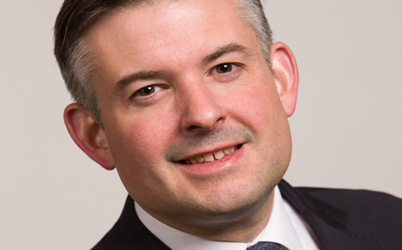 The Labour party has confirmed its commitment to ensure a sustainable NHS in the future.

The Labour party has confirmed its commitment to ensure a sustainable NHS in the future.

Speaking at the Pulse Live Conference today (28 March), Labour’s shadow health secretary Jonathan Ashworth MP said that he wants to put general practice at 'the heart of Labour’s vision for the NHS – the first building block in a health system that doesn’t just treat you when you’re sick but keeps you well in the first place’.

He continued: ‘The reason why, as we approach the 70th anniversary of the NHS and look to its next stage, we are so committed to strong general practice is because the health challenges we face over the next 20 years – from the ageing population with greater frailty in society, to the increasing prevalence of chronic conditions to widening health inequalities and the need to raise the health and wellbeing of the next generation – depend on high quality general practice and primary care.

Latest official data shows that the NHS is suffering the biggest financial squeeze in its history.

A recent Labour report revealed that since 2010, adult social care has suffered £6bn worth of cuts, ‘not only putting intense pressures on the acute sector but placing huge pressures on GPs as well’, argued Mr Ashworth.

‘The squeeze on primary care is driving more to secondary care while cancelled elective operations and growing Referral To Treatment (RTT) lists in turn place more pressures on GPs supporting those waiting longer in pain and distress for procedures and operations.

‘So I agree we do need a long term investment plan for our NHS and care sector, urgently, patients simply should not be expected to wait any longer’, he said.

Mr Ashworth said that ‘primary care has suffered from a decade of underinvestment in infrastructure’.

He added: ‘We know quality primary care depends on high quality modern safe facilities not crumbling buildings that have not been upgraded for years or ancient IT systems running on slow networks unable to cope with the demands that modern health care systems need when sharing data.

‘We also know there is more that can be done to embrace modern technology to offer convenient and different types of access to those who want it.’