Just 3.5% of NHS trust chief nurses are from a BME background, data reveals 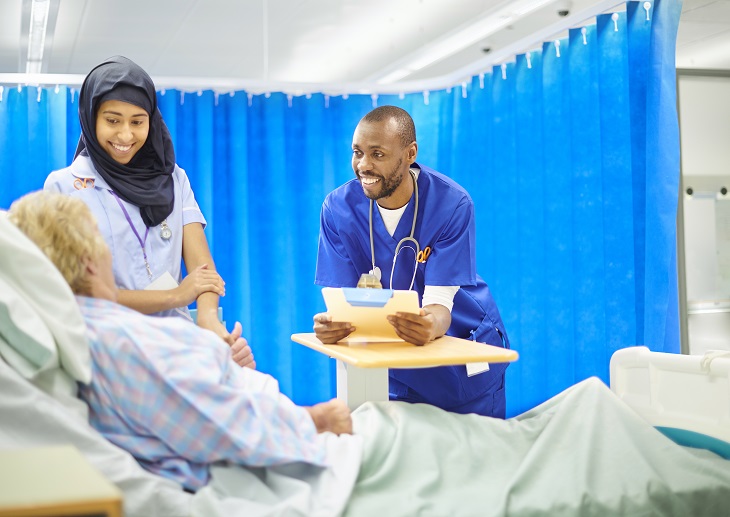 Only eight of the 231 NHS trusts in England –  just 3.5% –  have a chief nurse from a black and minority ethnic (BME) background, official NHS England figures have shown.

Data shows that while the number of band 5 BME nurses increased and white nurses decreased in 2018, compared to 2017, this change wasn’t maintained further up the AfC pay scale, with total numbers of BME nurses falling at each more senior pay band.

The report said: ‘The higher the pay band, the lower the proportion of BME nurses, midwives and health visitors.’

Director of WRES implementation Yvonne Coghill, who is also the current deputy president of the Royal College of Nursing, joined a number of BME chief nurses on stage at the conference to discuss workforce equality in nursing and midwifery.

‘We need to have many more black and ethnic minority senior leaders in the NHS,’ she said.

Speaking to delegates, Ms Coghill acknowledged that this is not a new problem, but said that increasing the numbers of BME senior leaders is the ‘morally right thing to do’, and will bring other benefits.

She continued: ‘When we have staff who are motivated, who are valued, who feel part of the thing that we call the NHS, we get higher patient care, better patient care, patient satisfaction and patient safety.’

The report also reaffirmed the commitment to ensuring BME leadership across the NHS is reflective of the size of the ethnic minority workforce within the health sector as a whole, by 2028.