Jonathan Van-Tam to step down in two months 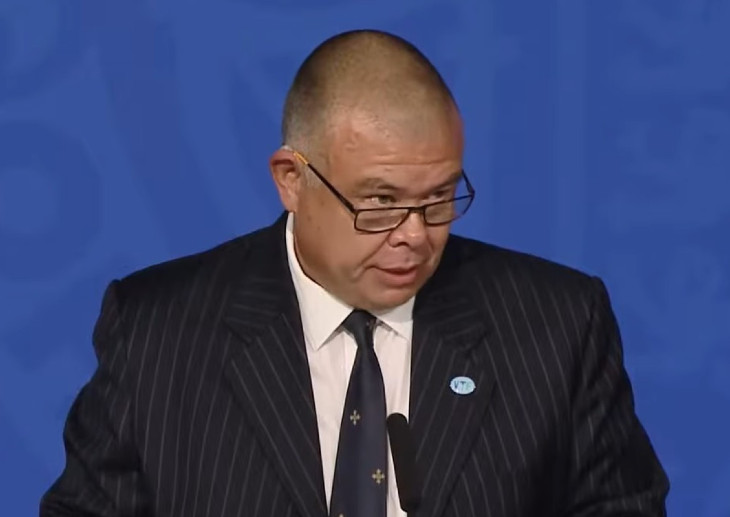 Professor Sir Jonathan Van-Tam is to step down as deputy chief medical officer for England at the end of March 2022, the Government has confirmed.

Professor Van-Tam, who joined the DHSC in 2017 on secondment from the University of Nottingham, will return to the university as the pro-vice-chancellor for its Faculty of Medicine and Health Sciences.

The confirmation comes after The Time Red Box yesterday reported that his decision to leave had ‘blindsided’ his department.

He currently holds a significant position in the Covid-19 Vaccine Taskforce as its clinical and public health adviser, and supported the development of Covid treatments.

He has also noted by chief medical officer Professor Chris Whitty for his role as a ‘remarkable’ public health communicator, and received a knighthood in the 2021 New Year Honours list.

Prior to the pandemic, he had helped to tackle domestic outbreaks of MERS and Monkeypox, and played a role in the response to the Novichok attacks.

In his official statement, Professor Van-Tam paid tribute to Professor Whitty, public health professionals and clinicians, ‘whose support, wisdom and energy has been inspiring’.

He described his role in the pandemic response as being ‘the greatest privilege of my professional career’.

Commenting on the news, Professor Whitty said: ‘Professor Van-Tam has been an outstanding DCMO and public servant. I am profoundly thankful for his steadfast support, advice, leadership and commitment. His communication of public health advice and science has been remarkable.’

‘JVT’s one-of-a-kind approach to communicating science over the past two years has no doubt played a vital role in protecting and reassuring the nation, and made him a national treasure.’

Professor Van-Tam’s departure comes as the NHS works through a spike in cases of the Omicron variant, despite mass staff absences.