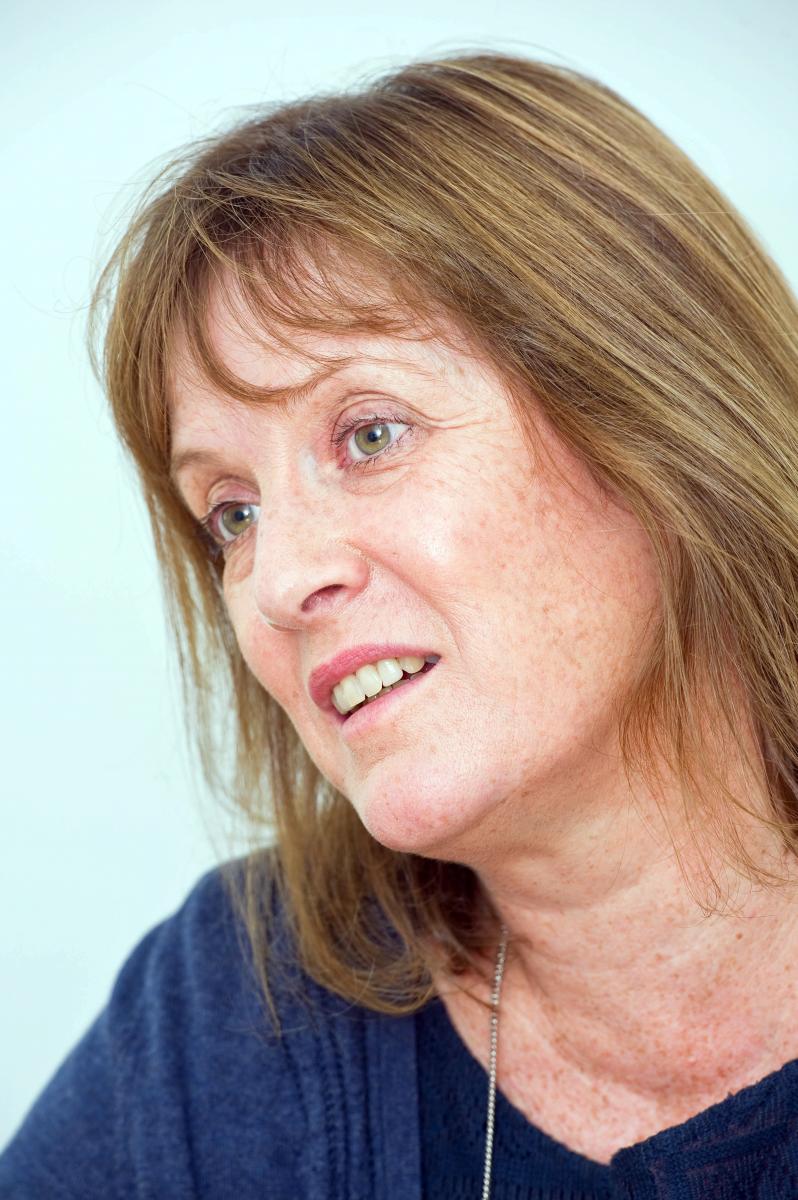 Commissioners, co-chairs, GPs. Dr Amanda Doyle and Dr Steve Kell are doing it all for the sake of their patients
Commissioners, co-chairs, GPs. Dr Amanda Doyle and Dr Steve Kell are doing it all for the sake of their patients
Through a revolving glass door on an unassuming street in Central London is the headquarters of an organisation with the sole purpose of improving the life of the everyday commissioner. Dr Steve Kell and Dr Amanda Doyle, the NHS Clinical Commissioners co-chairs, are rarely seen in the same room at the same time – unsurprising considering the triple lives they lead as GPs, commissioners and co-chairs.
The duo, who met at a healthcare conference in 2012, have been heading up the organisation set to represent clinical commissioning groups for the past few months.
Dr Steve Kell, chair of Bassetlaw clinical commissioning group (CCG) was involved in clinical commissioning from the word go. Although he led practice-based commissioning in his local area, he feels it never had the chance to succeed – the scheme was “too small, focused on the wrong things”.
But in 2010, the Bassetlaw GPs decided to form a clinically led organisation to work alongside the primary care trust (PCT) which would increase clinical influence – essentially a CCG, just before former Health Secretary Andrew Lansley’s 2010 White Paper, Liberating the NHS. Kell admitted that the PCT handed over authority quite quickly after the idea of CCGs became a reality, meaning that the organisation he’d been head of had hit the ground running in 2012/13.
“There was a clear need for more clinical leadership,” Kell says. “We saw the benefits of clinical commissioning and working together before the White Paper came out. It was a really positive thing, we started to discuss local services more than we had ever done.”
'Health inequalities'
And Dr Amanda Doyle, clinical chair of Blackpool CCG had a similar experience – she had been chair of the professional executive committee (PEC) and medical director of the primary care trust (PCT) in her area since 2006. They had practice-based commissioning running alongside the PCT, which soon turned into a shadow CCG after the White Paper came out.
“We’d been running in shadow form for probably a bit more than a year,” she says. “Since maybe the beginning of 2011. I’d been leading it since then. I’ve never been a full-time GP – I’d always been working part-time. However, I began to get increasingly involved with the PCT and commissioning once I took on more work as a GP.”
Both NHS Clinical Commissioners co-chairs are from areas rife with health inequalities. Bassetlaw, in Nottinghamshire, is an ex-mining area. And people in Blackpool have a life expectancy seven years lower than the national average, with issues around alcoholism, obesity, smoking and mental health. Both believe that their passion for commissioning came from wanting to help their local populations as much as possible.
“It’s what the role is all about,” says Kell, leaning in. “It strikes you, being a GP in these areas, the amount of input that you could have and the improvements that you need to make. That’s the most positive part of the job.”
But working in a clinical commissioning group is not all sunshine and rainbows right now. A recent report released by NHS Clinical Commissioners identified three key potential barriers to the success of clinical commissioning.
The current need for a sustainable and strong general practice as a foundation for clinical commissioning.
The need to value commissioning. According to Kell, larger slices of CCG budgets go towards running costs because of the current reductions.
And balancing the books on a year-to-year basis is “leading the NHS in the wrong direction”.
NHS England’s decision to cut running costs by 10% in 2015/16 to just £22.11 per head has led to claims of unsustainability from many CCGs.

“It’s just a difficult climate,” Doyle concedes. “We do need to keep making the case that if we’re going to get the best out of clinical commissioning then a rigid, arbitrary amount to be spent on our running costs is not helpful.”

Clinical commissioning groups are increasingly working together to improve care for the local population, which Kell says is “absolutely right”. He adds: “They will [start to work together more] particularly when we take on more involvement in co-commissioning.”
However the pair believes issues arise when CCGs are forced to merge because of lack of funds – exactly the situation in Kent, where Ashford and Canterbury & Coastal CCGs are considering a merger to save £531,000 and a further £231,000 in staffing costs.
Doyle says: “There’s a need to commission at scale and CCGs working together are able to deliver that. There is a range of sizes in CCGs – that’s what people chose, and there were reasons for that. It suited the local area. But the key issue is to make sure that we do not drive running costs down to the point that it forces mergers where people don’t want it to happen.”
But that’s where this organisation comes in. Much of NHS Clinical Commissioners role is raising awareness of issues with policy makers – they’re at 10 Downing Street. They’re pestering the Secretary of State for Health’s advisors.
Most recently, the organisation has written to NHS England chief executive Simon Stevens to ask him to address current issues, to further pave the way for clinical commissioners to be successful. And likewise, they expect their members – currently accounting for close to 85% of England’s CCGs – to pester them, to bring issues to the table which must be addressed.
“A lot of it’s informal,” Amanda Doyle says. “People email in issues, or they just speak to us. Some people just forward emails or information saying, ‘Can you do something about that?’
“We’ve just got a newly elected board for NHS CC, on a geographical basis so that CCGs have a geographical representation and they can raise issues through that member.”
'Active commissioning'
They are in a position to challenge on behalf of CCGs, to work, talk with and meet with NHS England on the issues, bringing a CCG perspective to a range of issues. Enthused, Doyle says: “We bring CCG input on a range of pieces of work with NHS England, so that the CCG voice is better heard in discussions, whether that’s around the Better Care Fund, co-commissioning and how that’s set up, NHS 111 or –”
Kell: “Continuing Healthcare!”
Doyle: “Yes, Continuing Healthcare, or a whole range of issues and pieces of work! It’s very difficult to ask 211 CCGs what they think and how they want things to look. That’s the voice we provide.”
Some moves from NHS England have been better received by NHS Clinical Commissioners. Co-commissioning, which would see clinical commissioning groups take over the commissioning of primary care from NHS England, has had a high sign-up rate from CCGs. The current system has a “lack of active commissioning” according to Kell.
“Right now it’s too distant – too transactional. We need that clinical leadership and local ownership of general practice again. Co-commissioning means working together, joint responsibility. It’s absolutely the right step.”
“I don’t think this is about one part of the system doing it on its own. I think it’s about working  together. It’s a logical step – and the right one for patients.”
Doyle adds: “We have to demonstrate by the way that we do our business, by the degree of transparency we show, by the way in which we handle our conflicts, that we can do this.
“At the moment CCGs hold a lot of discretionary spend for general practice. All the enhanced services budgets are held by CCGs or by the local authority. So actually it is not a big step to take on the core contract funding, particularly when the contracts are negotiated nationally anyway.”
A recent publication by NHS Clinical Commissioners (NHS CC) outlined examples of real change made by the organisations as they get on their feet. And since then, more and more examples of lateral thinking have come to the fore. Bradford City CCG’s ‘Diabetes Passport’ has given 8,000 patients a list of the key annual checks they should receive from their GP. And Heywood, Middleton and Rochdale CCG’s idea of re-creating a traditional Pakistani farm to improve the healthcare of black and minority ethnic communities has been well received by the population.
Doyle believes that “having local clinicians at the heart of the decision-making process is what makes the difference”. But – in a seemingly rare moment of disagreement – Kell thinks it’s more than that. “It’s clinical leadership, but it’s also working in partnership with others – with local authorities and the voluntary sector – not just GPs on their own. I think that’s a strength we bring. It’s what the NHS needs, really.”
It was a natural progression for them, from the practice, to working with the primary care trust, to co-chair of NHS Clinical Commissioners and CCG lead. “They’re all, effectively, the same role,” Kell believes. “Each one takes up time, but it doesn’t necessarily add up to just one role. But I think being part of NHS CC really helps my role in Bassetlaw CCG. My role in Bassetlaw helps me be a GP. They’re all linked.
“[My passion for clinical commissioning] comes from sitting in my consulting room and seeing those patients that we can’t necessarily help in the way we want because of the system around them.
“Being a clinical commissioning group means we can say, ‘That’s not right. Let’s change it.’”