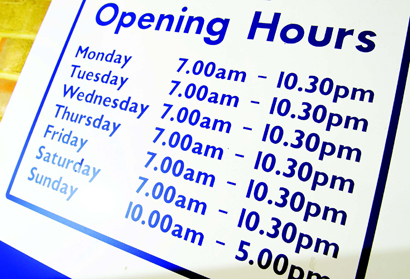 Are there lessons for commissioners from a recent national audit of access to general practice? Here, William Palmer and Jenny George suggest there are

Reflecting the importance of general practice, the National Audit Office (NAO) – which scrutinises public spending for the UK Parliament and is independent of the Government – carried out a research programme on access to these services.

Are there lessons for commissioners from a recent national audit of access to general practice? Here, William Palmer and Jenny George suggest there are

Reflecting the importance of general practice, the National Audit Office (NAO) – which scrutinises public spending for the UK Parliament and is independent of the Government – carried out a research programme on access to these services.

Our first report compiled data from a number of sources to provide a stocktake of the current position on access, demand and capacity, and highlighted a number of concerns.1 For instance, while the vast majority of patients reported a positive experience of access to general practice, satisfaction had declined gradually but consistently. We also found considerable variation between different patient groups’ experiences of accessing their practice.

In our second report, published earlier this year, we examined how the Department of Health (DH) and the NHS are implementing their objectives and tackling concerns about access.2 The findings were used as the basis for a hearing in March 2017 by the House of Commons Committee of Public Accounts, which quizzed senior officials from the

DH, NHS England and Health Education England. The committee’s own report was published the following month.3

Our report was underpinned by a range of methods, including analysis of existing data such as the GP patient survey and case study visits involving commissioners. In this commentary we summarise some of the key findings and recommendations from both the NAO and the committee’s reports, focusing on the areas that are of most relevance to commissioners.

We were keen to investigate whether commissioners had the right levers to support practices to improve access for patients. The general medical services (GMS) contract – held by around two-thirds of practices – allows commissioners and practices to define the reasonable needs of patients and tailor access. However, our analysis of opening times pointed towards practices having defined the reasonable needs of patients differently.

As of October 2015, 18% of practices routinely closed at or before 3pm on at least one weekday, despite three-quarters (76%) of these practices receiving additional funding (averaging £8,224 per practice in 2015/16) to provide access outside the core hours period of 8am to 6:30pm. Of course, it may be appropriate for some practices to occasionally close to, for example, allow for training or home visits.

However, there appears to have been a lack of both transparency about these closures and clarity for patients. Practices report a range of different arrangements for their patients when they are closed during core hours, including cover from the local out-of-hours provider or neighbouring practice and, in a few instances, instructing patients to call NHS 111 or attend A&E. Yet we found that practice closures may reflect historical patterns and are associated with poorer outcomes:

• In 53 clinical commissioning groups (CCGs), no practices closed at or before 3pm on a weekday whereas in one CCG three-quarters (28 of 37 practices) closed during these times.

• On average, there were an estimated 22 (8%) more A&E attendances per 1,000 registered patients at practices open for 45 core hours or fewer per week, after adjusting for differences in patients’ age and sex.

Concerns in this area are not new. NHS England had previously highlighted variability in provision of services in core hours as a particular area to focus on when reviewing CCGs’ performance in managing delegated functions. At the committee hearing, NHS England accepted that local commissioners have not had a consistent view of how to interpret the reasonable needs of patients. It told the MPs that it had started to address these closures and that practices will no longer receive additional funding to provide appointments outside core hours if they close during these times.

NHS England also said it would be checking with every practice that closes in an afternoon what services were still available during these closures and what alternative arrangements were in place. In its recommendations, the committee required NHS England to report back by March 2018 on what practices should provide to patients during core hours, as well as how it will ensure that commissioners are using this definition in managing contracts.

While noting that the DH had recognised the importance of improving access and had set high level objectives, we concluded that it and NHS England had not fully considered the consequences of their commitment to extend access. NHS England told the committee that by March 2018 half of the country will be covered by GPs who can provide evening and weekend appointments, with all the country being covered by March 2019. It also explained the level of additional capacity will be the same across areas, but commissioners will be free to decide how this is organised, for example the length of appointments or use of group consultations.

We also highlighted further risks that will need to be managed in delivering extended hours, including:

• Commissioners may pay for access that is already provided by another service. There is a clear overlap between the period covered by out-of-hours providers and the new requirements that NHS England is setting up. NHS England told the committee that it expects local commissioners to ensure they do not pay twice for the same service. NHS England said it is scrutinising CCGs’ plans, and has asked them how they will know that there will be no duplication between services. This scrutiny will rely on knowledge about the use of out-of-hours GP services, but there were gaps in these data. In addition, there is the risk that these two services compete for the same staff.

• Extending access at evenings and weekends may affect continuity of care. The option to see the same GP is particularly valued by certain groups of patients, including those with a longterm condition. NHS England told us it expects that in future extending hours will free up capacity in core hours, resulting in improved continuity. However, as an indication of the possible tension, we found that between April 2014 and March 2016, patients from practices with longer opening hours during the week and those opening on the weekends reported that they were, on average, less likely to see their preferred GP.

We noted that the new commissioning arrangements – with the vast majority of CCGs now taking on joint or full responsibility for commissioning these services – offer the opportunity of greater local understanding in the management of services. Because of their local presence, CCGs should be better placed than NHS England to identify emerging problems with access. We also highlighted that, by controlling both primary and secondary care in their areas, CCGs can join up commissioning and transformation plans to support a common local strategy.

On the flipside, there also appear to be some risks to the commissioning arrangements. Our evidence suggested that some commissioners had a limited understanding of whether services are meeting people’s needs. For instance, some lacked sufficient data on levels of demand and available capacity at different times throughout the week.

Some commissioners had adopted or developed audit tools to capture and track these data and NHS England said it planned to roll out a new tool in 2017/18 to measure activity and help match capacity to demand.

We highlighted the challenge faced by CCGs who have taken on additional responsibilities largely within their existing resources and therefore may have limited capacity to manage any significant service changes, such as a practice handing in notice on its contract.

We also noted that commissioners face a tension in managing performance, as using tools such as breach notices may risk damaging the relationship with the practice.

Commissioners have an important but undoubtedly challenging role in meeting the ambitions to improve access to GP services. Of course, the DH, NHS England and Health Education England have crucial responsibilities too – and, in particular, the committee has asked to be kept updated on progress against the targets to increase the number of GPs, including in rural and historically hard-to-recruit areas. Indeed our report concluded that without a more coordinated approach and stronger incentives to secure the desired results, the NHS is unlikely to get value for money.

Other members of the audit team are Laura Brackwell, Sergiu Cociu, Andy Serlin and David Xu, with assistance from Michael Burke and Farhan Khan