Improving ambulance service could save the NHS £500m, review finds 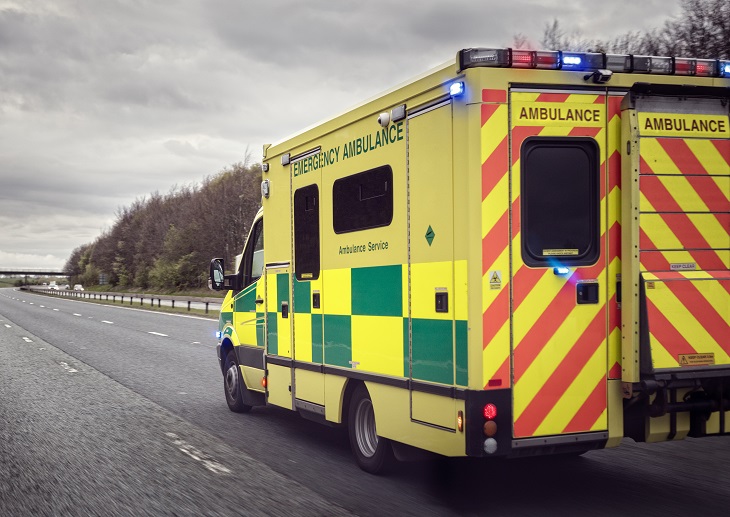 Delivering more effective urgent and emergency care has the potential to save the NHS £500m by 2020/21, a report has found.

Lord Patrick Carter’s review, published yesterday, concluded that if more patients are treated at the scene or better assessed over the phone when they call 999, the NHS could save £300m by 2020/21.

A further £200m could be saved by making improvements to staff productivity and ambulance service infrastructure, the review said.

The document, which reviewed all 10 ambulance trusts in England, highlighted the need for improvements in operational productivity, which will allow the trusts to cope with present and future demand.

In his review, Lord Carter found great variation across trusts when it comes to avoiding taking patients to hospitals.

He said: ‘Too many patients are being unnecessarily taken to ED [emergency departments] by ambulances. Not only is this financially costly, but it takes up staff’s time and means patients are having to spend time waiting in ED when they should be recovering at home.’

But according to Miriam Deakin, deputy director of policy and strategy at NHS Providers, reducing unnecessary trips to hospitals will ‘require investment in other areas, for example in primary care, mental health and community services or social care’.

Lord Carter added that ‘an ambulance is not a taxi to ED’ and that trust should be looking into using modern technology to treat patients at the scene.

However, treating patients on the scene is sometimes difficult because of an ‘ageing ambulance fleet’, he added.

The findings come as the Government recently injected £36.3m to help trusts in England purchase new ambulances and better cope with winter pressures.

The review found that the NHS spends more than £200m every year on the service’s fleet of around 5,000 vehicles, and that there is no standard ambulance across the country and no standard list of what ambulances should carry.

The review suggested that in order to drive efficiencies, ‘a standard specification for an ambulance should be developed, supported by effective fleet management systems and utilising black box technology.’

Lord Carter said: ‘Paramedics and other staff have worked incredibly hard as demand for ambulances has soared.

‘It is now vital that improvements are made in the infrastructure of the wider NHS to help frontline staff work as efficiently as possible.’

Ambulance services have the highest rate of staff sickness absence within the NHS, with an average of 20 days per person per year.

Ambulance staff are also the worst hit by bullying and harassment, and have been exposed to episodes of violence, according to the review.

The review concluded that if all trusts were to ‘implement the practice of the best [ambulance trust in the country], the scope for greater productivity is around £200m by 2021’.

At present, South Western Ambulance Service Foundation Trust (SWASFT) is the top performing trust when it comes to not taking patients to hospital, coming closest to meeting NHS England’s target of reducing overall transfers to hospital to 50%.

SWASFT chief executive Ken Wenman said: ‘SWASFT continues to treat a high number of patients on scene or at home, with only at 52% of patients being taken onto hospital ED for further treatment.’