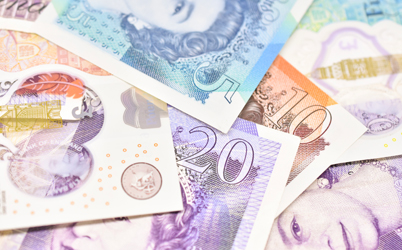 The think thank found that councils might lack resources to cope with the rising costs of adult social care services, leaving them with ‘increasingly tough choices about which services to prioritise’, it said.

It added: ‘Previous projections suggest the absolute need for adult social care spending could rise substantially over the next two decades, perhaps 4.4% a year in real terms.

‘It is highly unlikely that revenues from business rates and council tax will keep pace with this.’

The report comes after the Government announced in December 2017 its plans to abolish its funding grant for councils, which is worth more than £200bn, from 2020.

According to the IFS, adult social care spending accounts for more than one third of councils’ spending on local services.

Government’s cuts to the funding grant in recent years have resulted in a 21% reduction in their revenues between 2009-10 and 2016-17.

Cuts to funding means that councils will have to rely on council tax and business rates as the main sources of their revenues.

The IFS argued that increases in average business rates bills are capped at inflation and there has been little growth recently in the underlying tax base – 0.3% a year.

Moreover, a council tax increase may be ‘unpopular and politically unsustainable’, it said.

It continued: ‘Even if larger tax revenue increases could be delivered, or growth in the cost of adult social care constrained, different councils could find themselves with revenues that differ significantly from their spending needs.

‘This is because there is now less redistribution between councils as spending needs and local tax revenues change over time.’

Commenting on the report, director of research and economics at the Health Foundation Anita Charlesworth that’ there is an urgent need for reforming social care funding’.

She continued: ‘The increasing pressures on the social care system are impacting on the quality of care people receive, causing additional delays in the NHS, and squeezing the budgets of other council-funded services.

‘With a funding gap of £2.5bn by 2019/20, any reform to social care will require additional funding, and clear communication with the public of who will be expected to pay for it.’