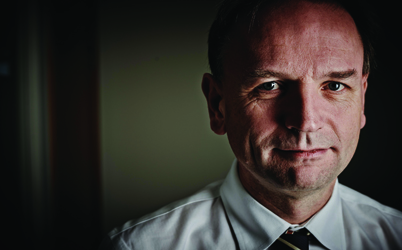 He continued: ‘We’ll probably see a significant decrease in the number of services that are subject to procurements.

‘At the moment, as community health services in particular are subject to periodic reprocurement – to the extent that they are part of an integrated care delivery service with hospital specialist services and GP services – they won’t be subject to that three or five yearly re procurement cycle.’

Mr Stevens said that matters such as the potential exclusion of the private sector in ICS contracts are currently ‘before the court’.

He added: ‘As our work develops with ICSs, it will be clear that where there are friction points, we’ll be very happy to give you [the Health Committee] more chapter and verse on some of that at the right time.

‘Our consultation paper will make very clear the answers of the questions while being clear that we’re fully compliant with the law as it currently stands.’

But health minister Stephen Barclay – also speaking before the Committee – said that it ‘wouldn’t be necessary as there are ‘checks and balances in the system’.

‘The contract will sit with the Clinical Commissioning Group (CCG), which will retain the statutory responsibility as the commissioning body.

‘The idea that this is looking to some sort of American model is simply not borne out in the legal position.’

‘Not a silver bullet’

Mr Stevens said that ‘the move towards more integrated services is not a silver bullet but part of the answer to a well functioning and sustainable NHS’.

He added: ‘We also need a properly resourced NHS.

‘If we had trend rates, we would be receiving £8.8bn more next year than we’re actually going to.

‘Looking out over the next five or ten years, we’re going to have to return closer to the trend funding growth the NHS has had for the majority of its history.’