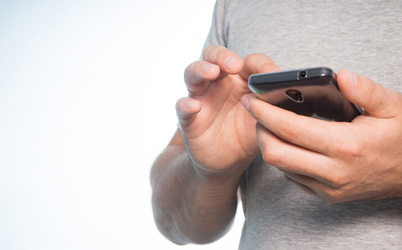 Babylon is to expand to another city in a partnership with an NHS hospital trust that will mean GPs and consultants have access to each other’s filmed consultations.

The private GP video consultation provider – which also serves NHS patients through its GP at Hand service – has announced a 10-year collaboration with the Royal Wolverhampton NHS Trust (RWT) and 10 local GP practices.

The trust runs 10 practices in the region, with the most recent takeover of a surgery taking place at the end of last year.

The partnership will allow GPs and hospital doctors to share their filmed consultations with each other, while also allowing patients to view the videos through an app.

The app, expected to go live by the end of the year, will also offer patients access to their medical records and triage advice about their symptoms, among other services.

Last year, Babylon confirmed plans to expand its London-based GP at Hand service to Manchester in early 2020, after having already set up in Birmingham.

The new Babylon partnership is aimed at linking primary care and secondary care for thousands of patients in the region – and is expected to be rolled out to further GP practices in the area in the future.

The trust said the app will help improve information-sharing, reduce the need for hospital trips and give patients better control over their health.

An RWT spokesperson told our sister publication Pulse the same confidentiality rules would apply to the use of the app as with face-to-face patient interactions, meaning members of the clinical team would have access to archived consultations after receiving permission from the patient.

They said: ‘A patient would be able to replay any consultation they do through the app, whether with a GP or another clinician.

‘The consultations form part of a patient’s medical record and are treated with the same confidentiality so that only the person giving care, or senior members of the medical team responsible for overall care, are allowed to access them.’

RWT chief executive David Loughton said: ‘We know from our active engagement with patients of all ages and backgrounds that they are keen to use technology that will improve access and give them greater control of their own health, wellbeing and social inclusion.

‘We also know from our engagement with clinicians that releasing time to care for our sickest patients is a top priority and there is consensus that this could be facilitated by technology, if we partner with the best and work collaboratively and openly.’

He added: ‘I am confident that this won’t be just good for our patients, it will benefit the wider NHS through early prevention, treatment and the sharing of our learning.’

Babylon CEO and founder Ali Parsa said: ‘We are extremely proud of this exciting 10-year partnership with RWT which will benefit patients and the NHS as a whole.

‘We have over 1,000 AI experts, clinicians, engineers and scientists who will be helping to make digital-first integrated care a reality and provide fast, effective, proactive care to patients. Together with RWT, we can demonstrate this works and help the NHS lead healthcare across the world.’

Although patients will be offered digital consultations as part of NHS long-term plan, NHS England analysis has shown that patients at digital GP practices are three times more likely to return to their original practice than patients switching between traditional practices.

Last year, NHS England announced plans to make it easier for digital providers to set up practices in deprived areas from April 2020, by reforming out-of-area patient registration rules, which had allowed Babylon’s NHS GP at Hand to expand.

In response, the BMA said out-of-area regulations should be scrapped as they are ‘not in line’ with wider NHS England policy.