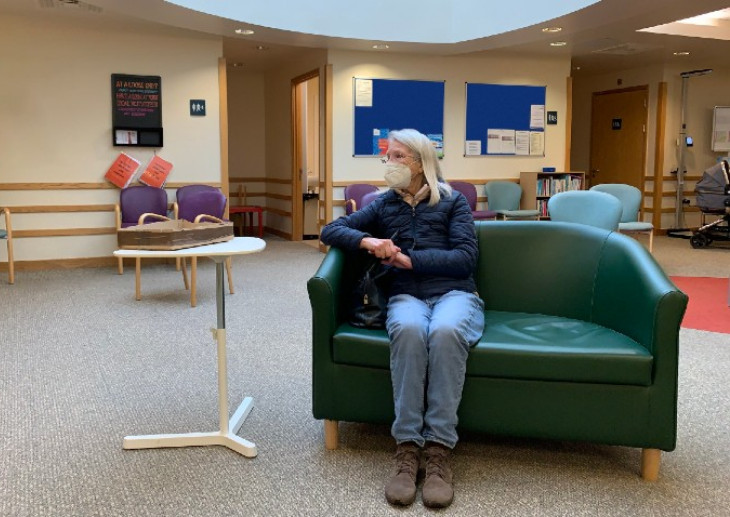 The Government will not publish its NHS backlog recovery plan today as planned, amid reports that the Treasury blocked the announcement.

Details of the plan were expected to be released today (7 February), but the health secretary has now said it is hoped to arrive ‘shortly’.

It comes after reports claimed the Treasury had intervened at the last minute to block today’s announcement.

According to The Telegraph, sources cited concerns around value for money after NHS services failed to meet certain targets during the Omicron surge.

However, Sajid Javid denied these claims.

Speaking to Sky News this morning, he said the plan was originally set for a December release but was shelved following the emergence of the Omicron variant.

The Government instead shifted its focus onto the accelerated booster programme, he said.

During a later appearance on BBC Breakfast, he said there was ‘no issue around the money at all’.

He said: ‘It’s all about just making sure that when you publish something so ambitious and so important, we do want to make sure across government everything is agreed and everyone is behind the plan.’

Currently, the NHS backlog for elective care stands at 6 million.

However, health leaders have said that they and patients are in urgent need of a clear plan to address the backlog.

The BMA said it was the Government’s ‘moral duty’ to set this straight for patients, noting that health professionals will be ‘incredibly concerned’ to learn that ‘vital funding for the NHS is being held up once again’.

Dr Chaand Nagpaul, BMA council chair, said: ‘The Government has been promising this plan for months now, and while the arrival of Omicron may have delayed this, healthcare staff now urgently need to know how leaders expect them to tackle the backlog in the months and years ahead, and crucially, provide resources to help them do this.’

Meanwhile, Matthew Taylor, chief executive of the NHS Confederation, claimed the Treasury was ‘loath to agree to any No 10 plans involving money’, suggesting this is because the prime minister’s premiership could soon be over.

Elsewhere, Saffron Cordery, NHS Providers’ chief executive, said the Government needs to set out ‘overarching priorities’, noting that the preparation of the plan is ‘well advanced’.

Recent modelling by the Institute for Fiscal Studies found that concerns that the NHS waiting list could reach and exceed 13 million people are ‘well within the realms of possibility’.