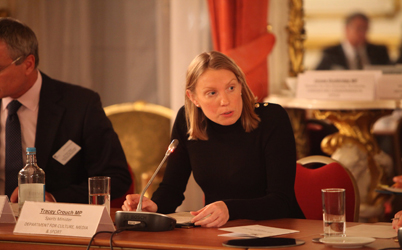 The Government has appointed a minister for loneliness.

The Government has appointed a minister for loneliness.

She said: ‘I’m sure that with the support of volunteers, campaigners, businesses and my fellow MPs, from all sides of the House, we can make significant progress in defeating loneliness.’

‘This is an issue that Jo cared passionately about and we will honour her memory by tackling it, helping the millions of people across the UK who suffer from loneliness.’

The Jo Cox Commission, set up by late Labour MP Jo Cox includes a series of recommendation to reduce loneliness.

The Prime Minister said that ‘for far too many people, loneliness is the sad reality of modern life’.

She said: ‘I want to confront this challenge for our society and for all of us to take action to address the loneliness endured by the elderly, by carers, by those who have lost loved ones – people who have no one to talk to or share their thoughts and experiences with.

‘So I am pleased that government can build on her legacy with a ministerial lead for loneliness who will work with the Commission, businesses and charities to shine a light on the issue and pull together all strands of government to create the first ever strategy.

‘We should all do everything we can to see that, in Jo’s memory, we bring an end to the acceptance of loneliness for good.’

In the UK, there are more than nine million people who either always or often feel lonely.

Recent studies led by Julianne Holt-Lunstad revealed that loneliness increased the risk of mortality by 26% and can be as bad as smoking 15 cigarettes a day.

The Government has already started to implement initiatives to reduce loneliness, including establishing appropriate indicators of loneliness across all ages with the Office for National Statistics (ONS) and developing a cross-government strategy.