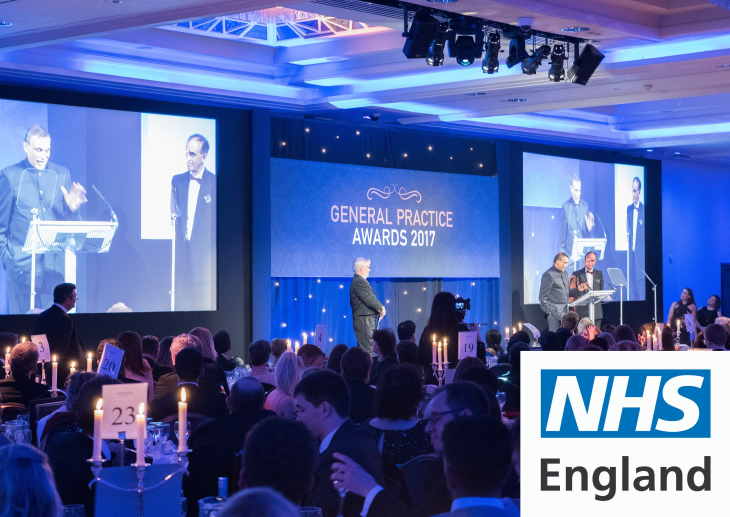 The emphasis of this award is largely on showing signs of the effective implementation of the NHS England ten high impact actions; improving patient care by freeing up staff time.

Judges were looking for evidence that the practices are managing workload across the whole practice, and that patients’ access to care has been improved.

After struggling to deal with patient demand and failing to replace GPs who had left, this Leeds-based practice knew something had to change urgently. Now, a duty doctor controls the day so that every patient sees the right person with the appropriate skills to help them.

Patients can now ‘always be seen on the same day’, as practice manager Victoria Keys explains.  Staff have been trained in areas where there were previously gaps, social prescribing has been offered, and an ‘effective triage system’ has reduced DNAs.

The practice team now includes a mental health nurse, advanced nurse practitioners and clinical pharmacists, which has freed up GP time and made the practice more ‘sustainable’ and ‘far more resilient’.

In order to improve access, the on-call triage system in this practice was scrapped. GPs now work nine-hour days with 15 minute appointments for continuity of care, with 60% of appointments being pre-booked.

Consultation screens have been put in place as the first port of call – in place of appointments – which has ‘completely changed our approach to patient care’, practice manager Val Denton comments.

Patients are able to regularly come in to talk through their social problems with a practice ‘buddy’. Issues raised include domestic violence and safeguarding, which the area has high rates of.

Patient care coordinators also make regular calls to the particularly vulnerable, including patients with patients who are elderly, have recently been bereaved, or are newly diagnosed with a serious illness.

In order to improve access to primary care, these two practices, which have a joint list of 28,000 patients, have joined with five other local practices, with a list size of 72,000.

Together, they have employed an IT manager and a rota coordinator, enabling them to deliver extended GP and nurse services on evenings and weekends. This collaboration means the practices can share the workload, while also increasing access for patients.

The development of wider practice teams has also helped free up time for doctors and nurses, while still increasing capacity. The practices now have paramedics, pharmacists, care navigators, physician associates, mental health nurses, psychologists and more within the practice.

Having a practice clinical pharmacist has, for example, reduced prescription requests to GPs and freed up time for an additional 4.5 clinics and 250 extra appointments per month.

Threatened with closure when a senior partner retired and the practice manager resigned, this practice was facing ‘insatiable’ demand and strained finances due to an increase in charges from the landlord.

The two remaining partners appointed an acting practice manager and worked with a practice management advisor to try and change the culture of the practice. New management techniques were implemented, as was the training and reviewing of existing services and roles.

A major turning point was the improvement in the practice’s telephone service, with a new system put in place that is more responsive to patients’ calls.

GP appointments were also reduced by 30%, after the practice analysed appointments and found that many of them could instead be handled by a nurse or the newly recruited in-house pharmacist and healthcare assistants.

This practice in Luton has been able to overhaul its practice model; increasing the patient list size by 1,500, reducing complaints by 12%, increasing call answering by 33% and go 4.5% under the prescribing budget.

The practice has achieved this by introducing new consultations such as telephone and Skype calls, adding other medical professionals to the clinical team – including pharmacists, physician associates and emergency care practitioners – and introducing different workflows and productivity goals.

Two thirds of paperwork has been removed from clinicians and a new website has meant 5,500 queries which would have required a phone call or visit to the practice has been processed online instead. The work of the practice has been called ‘inspiring’ by Bedfordshire and Hertfordshire LMC chief executive, Dr Peter Graves.

Despite losing three full-time GP partners, having no General Practice Forward View resilience support and suffering the loss of baseline funding, this practice has been ‘transformed’, according to its staff.

The practice, which has 14,000 patients to care for in North Croydon, has worked on reducing workload and improving access for patients. They focused on this by recruiting four GPs, as well as a pharmacist and a nurse practitioner. Locum use was also reduced to offer greater continuity of care and reduced costs to the practice.

Pre-referral meetings with GPs were also set up, to offer greater education for clinicians on what to refer, and a daily urgent care clinic was created to increase the amount of same day consultations and cut down hospital admissions. And social prescribing was used to address the ‘unmet needs’ of patients and reduce the demand on the practice by 20%.