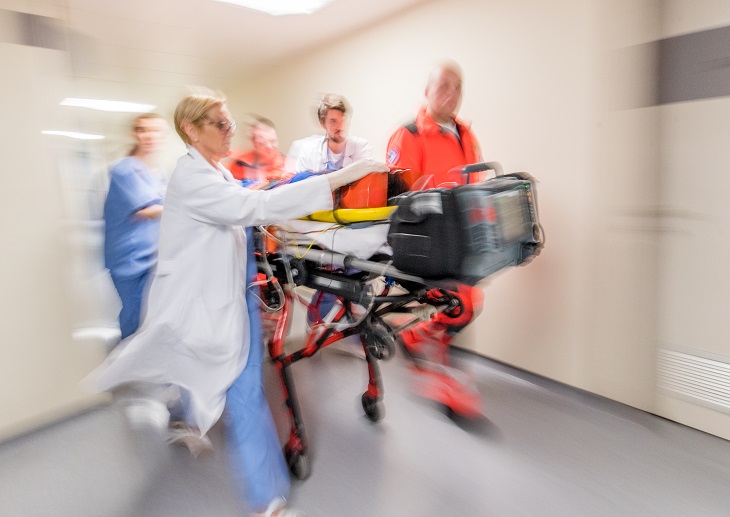 A&E performance for January hit the lowest level since the target was first introduced in 2004, official NHS figures published today have shown.

NHS England’s monthly A&E figures revealed that 84.4% of patients were assisted within four hours of arrival across all A&E departments.

NHS England said this is ‘the lowest since this collection began’ and that the service last met the 95% four-hour A&E target in July 2015.

It means 83,519 patients waited longer than four hours before being admitted to hospital in January.

Only 76.1% of patients were seen within four hours in type 1 A&E departments, which is also ‘the lowest since this collection began’, according to NHS England.

However, despite acknowledging the rising pressures of the past few weeks, an NHS England spokesperson said that ‘the service has seen improved performance since the start of December compared to last winter, with thousands more people successfully treated in A&E within four hours than last year’.

Leading doctors have warned that the latest figures are representative of a ‘chronic crisis mode’ within the NHS.

BMA council chair Dr Chaand Nagpaul said: ‘We are seeing a health service that is on its knees, buckling under unprecedented pressure.

‘With each set of winter figures becoming worse than the last, and patient care suffering as a result, we need to see a tangible release of new funds in the immediate term to address these deficits over and above the proposals in the long-term plan.’

Royal College of Emergency Medicine (RCEM) president Dr Taj Hassan said: ‘These are the worst figures on record, showing that despite the positivity around the NHS long term plan, the suffering affecting our patients in Emergency Departments in England has not gone away at all.

‘Sadly the situation afflicting our Emergency Departments has become seemingly normalised with a “chronic crisis mode” that does not allow staff to deliver the quality of care they would wish.’

RCEM has recently warned that removing the four-hour A&E target would have catastrophic consequences on patient safety and would only serve to ‘bury’ the problems of the health service.