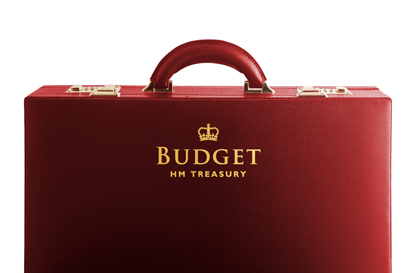 Speaking in the House of Commons, Mr Hammond said that the Government ‘must invest to secure a bright future for Britain’ and that is what it is currently doing.

Speaking in the House of Commons, Mr Hammond said that the Government ‘must invest to secure a bright future for Britain’ and that is what it is currently doing.

He said: ‘Either we embrace the future, seize the opportunity or reject change and turn inwards. We choose the future. We choose to run towards change, not away from it, to prepare our people to meet the challenges ahead.

‘We’ll always back the NHS.’

Healthcare Leaderpicked five things that were missed in the Budget 2017 and that are unlikely to happen anytime soon.

Mr Hammond recently turned down NHS England chief executive Simon Stevens’ call for an extra £4bn injection into the NHS, which would have stopped patient care deteriorating next year.

Whether the chancellor listened with half an ear, he gave the NHS an additional resource funding of £2.8bn over the next three years.

He acknowledged that even with this extra investment, ‘the NHS remains under pressure’.

If the Government will be able to unlock more than £20bn of new investment in UK knowledge intensive scale-up businesses, we completely understand that £4bn is asking for too much. Note the sarcasm there.

As with all public sector workers, nurses have had seven years of pay cut.

Mr Hammond said that ‘nurses provide valuable support to us all in our time and deserve deepest gratitude for their tireless effort.’

Well, even if  ‘gratitude’ doesn’t cost a thing, it doesn’t buy groceries, either.

However, the Chancellor did say that health secretary Jeremy Hunt ‘has begun discussions with health union on pay structure modernisation for Agenda for Change staff’, the national pay system for all NHS staff, ‘to improve recruitment and retention’.

He said: ‘I want to assure NHS staff and patients, that if the health secretary’s talks bear fruit, I will protect patient services by providing additional funding for such a settlement.’

Mr Hammond gave an extra £335m, which is part of the £2.8bn package, to ‘immediately allow trusts to plan for the winter’.

If NHS leaders welcomed the extra investment, they believe that it has been delivered ‘too late’.

Commenting on the Budget 2017, Chris Hopson, chief executive of NHS Providers, said: ‘The government has committed extra capital and extra revenue for this year, though this has come very late to be used with maximum impact for this winter.

‘It is disappointing that the government has not been able to give the NHS all that it needed to deal with rising demand, fully recover performance targets, consistently maintain high quality patient care and meet the NHS’s capital requirements.

‘We also note that the extra revenue has been tied to acute hospital performance at a point when the pressures across the rest of the health service – community, mental health and ambulance services – are just as great.’

If Brexit, housing and education were among the topics mentioned in the Budget 2017, where did social care go?

With an ageing population and around 1.2 million older people estimated to have unmet care need across the country, the elderly was one of the main issues during the General Election 2017.

Yet Mr Hammond failed to highlight this problem.

Janet Morrison, chief executive of the older people’s charity Independent Age, said: ‘With nearly a quarter of the population set to be over the age of 65 by 2030, making Britain ‘fit for the future’ must surely include setting out plans to meet the needs of our ageing population.

But what about the one in four people in the UK suffering a mental health problem each year?

At the moment, many people with a mental health issue struggle to get counselling before reaching the crisis point.

Young people and children are the most vulnerable, as a recent Care Quality Commission (CQC) report revealed that they aren’t getting the support they need.

Despite Prime Minister Theresa May setting out a series of measure to deliver better mental health support across the country, Mr Hammond was silent on that matter.

Or maybe he just didn’t have the chance to see the report. Luckily, we kindly included a link in this piece. Please Mr Hammond, find the report here.