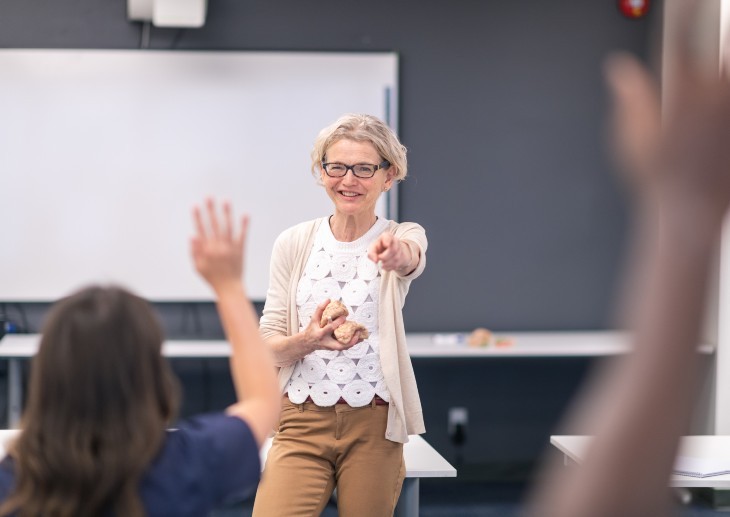 His comments come in light of controversial plans to introduce pharmacy apprenticeships as an alternative route to university degrees, which have since been delayed for further consultation.

The introduction of the nursing associate role in 2017 also split opinions, given that it allows trainees to become qualified nurses with a lower academic profile and in half the time it takes with standard degrees.

Sir David said: ‘We can’t carry on what we’ve been doing over the past 70 years as we go into the future when we know we’ve got a global shortage of healthcare workers.

‘I think we need to listen to the concerns that are there. I don’t think this is about diluting professions.’

There are currently 100,000 NHS vacancies across all healthcare professions. The government promised to deliver 50,000 more nurses and 6,000 more GPs by 2025 in its election manifesto, a target Sir David thinks is ‘achievable’.

There was a 6% year-on-year increase in nursing course applications in this year’s January UCAS cycle. Among the 35+ age group, the increase was 23%.

He added: ‘I was at Cambridge University Hospital for an award ceremony for nurses with around 15 to 20 people getting their award that day. They were all facilitated into becoming registered nurses by following the apprenticeship route.

‘I don’t think they would have applied to go to university to do an undergraduate degree in the traditional way because the majority of them were mature students.

‘Alongside that, there were five people who had done an Open University degree and three different groups of people doing foundation degrees, setting them on the training path to do the nursing degrees.’

Last October, HEE announced 3,538 trainees had been accepted into training places – the highest number ever recorded.

‘It’s not just thinking about GP numbers. We need to think creatively about how we train and educate people,’ Sir David added.

‘As I’ve gone around the universities, what I’ve seen is virtual reality, simulation and assisted reality being used to train doctors, nurses and dentists.

‘Previously they would have gone into a lecture and learned from a textbook. It’s changing the way people can learn.

‘We need people who the public can have confidence in in terms of their knowledge, skill and ability to be safe practitioners. But we also need to think about how we can get some professionals into the workforce more quickly than is currently the case.’