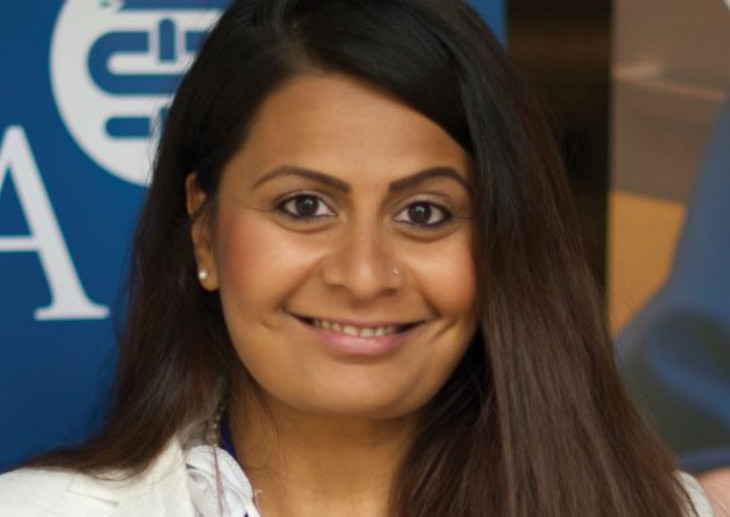 Dr Farah Jameel has been elected to succeed Dr Richard Vautrey as the chair of the BMA’s GP England Committee.

Dr Jameel was the successful nominee following a vote at its England GPC meeting today, our sister title Pulse has confirmed.

Two candidates were nominated for the post – Dr Jameel and Dr Chandra Kanneganti.

Dr Jameel – the committee’s first female chair – is chair of Camden LMC and has served on Dr Vautrey’s executive team.

She became the youngest negotiator on the BMA GP Committee’s England executive team when she was appointed in 2017 at the age of 34 and was one of the four executive team members of the GPC who negotiated the landmark five-year contract.

She has been leading on workload issues for the GPC, including changes to the NHS standard contract to prevent secondary care from dumping workload on general practice.

As a member of the executive team, she supported work on IT, leading on the BMA’s successful campaign to delay the controversial ‘General Practice Data for Planning and Research’ scheme, labelled a ‘data grab’ by campaigners.

Dr Jameel has also supported the GPC’s clinical and prescribing policy group, where she turned her attention to issues such as how referral management systems are rejecting GP referrals following an outcry from GPs on social media.

She was previously a council member at Medical Women’s Federation, deputy chair of the BMA’s Equality and Inclusion Committee and a national executive member of the British International Doctor’s Association.

Dr Jameel said: ‘I am delighted and honoured to have been elected to represent GPs at a time of enormous challenge to the profession and I’d like to thank the former chair, Dr Richard Vautrey for his dedication and commitment to this committee and all that he has achieved.

‘I don’t underestimate the difficulties that lay ahead but we must recognise this as an opportunity to reset our relationship with Government and begin to rebuild general practice.’

She added: ‘I look to use the next three years to work closely with fellow general practice leaders and grassroots GPs to design and deliver a stable and sustainable general practice, fit to serve generations of patients to come.’

Tweeting before the election, Dr Jameel said today ‘is momentous for so many reasons’.

Dr Kanneganti has been the GPC’s policy lead on NHS England and is a Conservative councillor and Lord Mayor in Stoke-on-Trent, as well as chair of the British International Doctors Association (BIDA).

It comes after outgoing chair Dr Vautrey this month announced he was standing down from the role he had held for four years.

Meanwhile, Pulse revealed earlier this week that the BMA had told GP Committee members they must join the BMA immediately to remain part of the committee and vote in the elections.