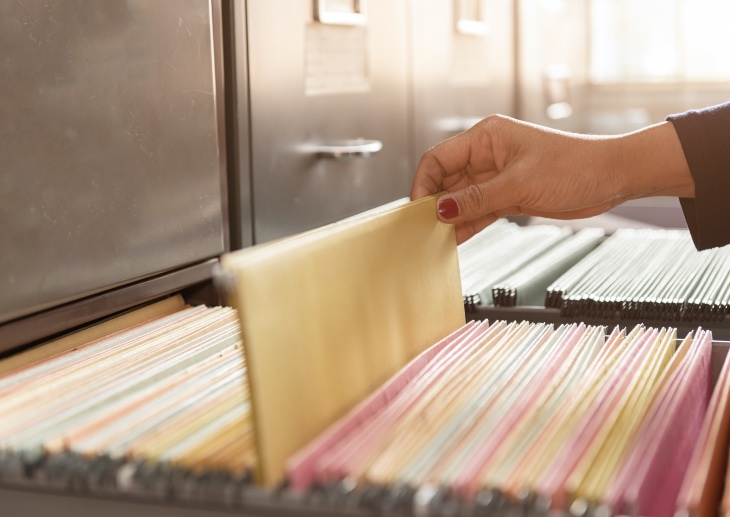 The Government should ‘set out a detailed plan’ for how to ‘improve access to’ GP patient records within six months, an influential committee of MPs has urged following its inquiry into the rollout of the Covid-19 shielding list.

The Public Accounts Committee’s (PAC) inquiry determined that disjointed NHS data led to hundreds of thousands of clinically extremely vulnerable not being contacted in a timely manner, losing out on support including food parcels and medicine delivieries.

In addition, MPs voiced concerns about ‘variation’ in GPs’ clinical judgement of which patients should be added to the shielding list.

But, responding to the report, the BMA said GPs were asked to sort out the shielding list at a time when they were ‘already overwhelmed’ and ‘without comprehensive guidance’, leading to ‘a huge rise in workload’.

The PAC said ‘the need to work with GP IT system providers to design, build and gather GP data, which were on different systems to the readily available national data, and then to complete the next necessary step of GPs and hospitals using their clinical judgement to add and remove people from the list’ caused delays, and that ‘NHS Digital believes that faster access to data in GP records would help’.

In response, it recommended that ‘within six months, DHSC and NHS Digital should set out a detailed plan on how they will improve access to and join-up NHS data systems to ensure quick and secure access to all patient records’.

It took over six weeks for the shielding list to include 2.2 million people, with 900,000 people added between 18 April and 7 May, largely by GPs. But the list grew by 352% in some local authority areas compared to just 15% in others.

The report said: ‘Huge local variation strongly suggests that GPs were inconsistent when judging who was clinically extremely vulnerable and should therefore be advised to shield and be eligible for support.’

In response, the PAC urged the DHSC to come up with a detailed explanation in six months, presenting lessons learned on ‘how to support a consistent clinical approach in future’.

Further, once the Government identified people for the shielding list, ‘it then struggled to contact them to offer support and register their needs’, often due to missing telephone numbers in GP records, the PAC said.

Crucially, it said, the Ministry of Housing, Communities & Local Government (MHCLG) and DHSC still ‘do not know whether 800,000 clinically extremely vulnerable people slipped through the net and missed out on much needed support’.

To rectify this for the future, the DHSC and NHS Digital ‘should ensure that different NHS bodies can securely source the most up to date, reliable and complete patient records, including contact details’, the report recommended.

Other recommendations included taking a broader view on clinical vulnerability in the event of future pandemics, with MPs nothing for example that blind and partially sighted patients were not initially included on the shielding list even though this left some struggling to secure food in the early stages of the pandemic.

The Government only expanded its criteria beyond clinical factors in February this year, when 1.7 million people were added to the list based on factors including age, gender, ethnicity and obesity.

Responding to the report, BMA council chair Dr Chaand Nagpaul said: ‘Had we been better prepared ahead of the pandemic, the shielding lists could have been created more quickly and effectively rather than shifting criteria and suddenly increasing the number of people on the list.

‘At a time when GPs were already overwhelmed, this led to a huge rise in workload having to contact large numbers of people within a short time frame without comprehensive guidance.’

And he said that ‘in what was already an incredibly stressful time for patients’ the ‘unclear communication from the Government and repeated changes to guidance made this a much more distressing and difficult experience, jeopardising the health and wellbeing of the public’.

‘It is important that any future planning should be informed by better engagement with disabled and vulnerable people to understand how their needs can be considered and how best to accommodate this,’ he concluded.

Kent LMC chair Dr Gaurav Gupta said: ‘I think there is an issue about information being available across the NHS system and public health, and in the future, as we come out of the pandemic, it would be useful if the systems were more in sync, so the right patients can be found and protected in future.

‘If there is any extra workload coming from identifying patients, that needs to be recognised, and we need to make sure general practice teams are adequately supported in doing this work to protect patients from Covid.’

And Northumberland LMC medical secretary Dr Jane Lothian said: ‘If you look at QOF, prevalence of major diseases will vary significantly between different areas. If you have a university practice, your prevalence of chronic diseases is going to be very low, whereas in an area like in north Northumberland, the age demographic is very elderly. So I don’t think that’s to say one GP did it right, and one did it wrong.’

The PAC report came to much of the same conclusions as a previous inquiry by the National Audit Office (NAO), published in February, which found the shielding programme cost £308m and was hampered by delays and lacking NHS IT.

This story first appeared on our sister title Pulse.