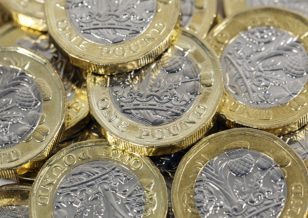 The Government has announced a one-year pay rise for doctors and dentist working in the NHS, following an independent pay review carried out by the Review Body on Doctors’ and Dentists’ Remuneration (DDRB).

In response to the DDRB review, health and social care secretary Matt Hancock said the pay rise would recognise doctors’ hard work in the NHS, and that following this one-year pay increase, the Government will be looking at ‘multi-year deals in return for contract reforms for consultants and GPs’.

From 1 October 2018, consultants will see a 1.5% increase to basic pay. Speciality and associate specialist doctors were awarded a 3% rise, while doctors in training will receive a 2% pay rise.

From October 2018, NHS doctors will receive a pay rise as follows:

The announcement was made just a few months after staff on the Agenda for Change (AfC) pay scale were told to expect pay rises of up to 29% over the next three years.

‘We now need assurances around how such awards can be fully funded.’

Yesterday’s pay announcement will be funded by departmental budgets. As the DHSC confirmed, ‘for 2018/19 the costs will be absorbed within the existing DHSC settlement. This has always been the basis on which we have been planning for the current financial year.’

However, providers fear that the responsibility of the pay rises might fall upon them in the future.

Responding to the announcement NHS Providers deputy chief executive Saffron Cordery said that despite that fact that it is important to reward doctors with pay rises, this ‘increase must be fully funded’.

She said: ‘If, as seems almost inevitable, the additional costs of this increase are passed on to trusts it would increase their pay bill substantially.

‘This comes on top of the recent disclosure that, despite government promises, the pay uplift for nurses and other NHS staff on AfC contracts would not be fully funded.

‘This means that trusts will have to find other ways of finding the money, with a real risk that that could impact on the quality of care.’