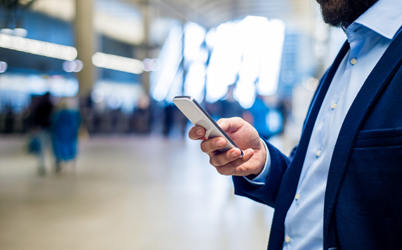 Commissioners have objected to GP at Hand’s expansion with a physical presence in Birmingham on the grounds of patient safety.

The digital-first NHS service, provided by private company Babylon via a host GMS practice in southwest London, said earlier this year that they were looking to expand to other cities in the UK.

According to NHS Hammersmith and Fulham CCG board papers, GP at Hand submitted a request on 22 June, ‘to vary their sub-contracting arrangements by adding the following site – Badger House, 121 Glover Street, Birmingham B9 4EY’. This would add to an existing five GP at Hand physical locations in London.

The CCG also published a letter from the chief executive of NHS Birmingham and Solihull CCG Paul Jennings, which said he ‘would like to formally object to the variation on the grounds of clinical safety’.

NHS Hammersmith and Fulham CCG board papers said ‘further information is required to provide assurance on the safety of patients‘ before GP at Hand is allowed to expand to a premises in Birmingham.

As any patients in Birmingham would still be hosted by the practice in London, the board papers note ‘the lack of a robust assurance framework to test a service provided in different parts of the country from a single practice in London’, adding that ‘further discussion is currently taking place with colleagues across regions in England about how this may be achieved’.

The papers outline five areas that need clarification before the objection can be lifted, including ‘confirmation that there is sufficient clinical capacity, skill mix and robust processes in place for the proposed expansion’.

The board papers said: ‘In assessing the application against the criteria set out, there is evidence of concern regarding the risk to patient safety of implementing the proposal without further assurance being undertaken or received.’

It added: ‘Therefore it is recommended at this stage to raise an objection to the sub-contracting variation on the grounds of risk to patient safety as set out above and to allow the assurance framework to be completed.

‘This will provide a robust process to support H&F CCG to engage with GP at Hand in requesting and assessing their plans to provide the right level of assurance for any objection to be lifted.

Since November last year, Babylon uses the out-of-area registration scheme to sign up NHS patients to its digital service via a host GMS practice based in Fulham, southwest London.

But GPs have called on NHS England to put a stop to the app, which they say ‘cherry picks’ fit, young and healthy patients and financially destabilises traditional GP practices – claims which Babylon has denied.

GP at Hand patients are promised an online GP consultation within hours, and a next-day face-to-face appointment if required at a number of London hubs. To date, some 30,000 patients have joined.

Babylon also recently sparked GP criticism when it claimed its app is able to provide clinical advice to patients that is ‘on par’ with doctors.

GP at Hand does not block anybody from using the service, but says people who are frail or elderly, pregnant or have severe mental health issues may be advised they are better serviced by a local practice and, according to Babylon, this is on advice from NHS England.

Last month, NHS England denied it was directly involved in the app, aside from working with NHS Hammersmith and Fulham CCG on its £250,000 independent evaluation.

It has since launched a consultation into GP contract funding changes aimed at enabling ‘full adoption’ of ‘digital’ primary care models, which it said would increase ‘fairness’ by reducing the payment to practices for out-of-area patients and amending London weighting and rurality index payments.

A GP at hand spokesperson said:

‘We are surprised and disappointed by the paper to the Hammersmith and Fulham CCG committee, having provided detailed assurances about the clinical safety of our service – including its expansion to Birmingham. The GP at hand service has already been subjected to more scrutiny than any other practice.

‘For example, there is an ongoing NHS Clinical Review of the GP at hand service led by senior NHS England doctors, which continues to provide assurance about the service. With immediate 24/7 access to GPs, fully-recorded consultations and high levels of staff motivation and engagement, safety levels far higher than traditional general practice are able to be delivered.

‘The paper contains several factual inaccuracies, which we will of course be writing to the CCG to correct, as well as providing explicit confirmation on the points raised in the paper. Most concerningly, the lack of a commissioning “assurance framework” is cited as a major reason for not approving the expansion.

‘Your readers, and the public at large, will want to know why commissioners have been so slow to put such a framework in place, given GP at hand’s intention to expand has been widely known and reported for more than six months. People may speculate as to whether this is down to a lack of preparation, or the vested interests of a few seeking to block the expansion of GP at hand for their own financial benefit or ideological views.

‘People have the right under the NHS Constitution to choose their NHS practice. GP at hand is an NHS service; paid for by the NHS; providing NHS services to all patients – just like the vast majority of GP practices throughout the UK. In less than a year, over 30,000 people living or working in central London have joined NHS GP at hand, with more than 4 out of 5 people rating our digital appointments giving them the full five stars.

‘The average waiting time for an NHS GP appointment with GP at hand is 38-minutes, compared to waits for routine appointments in traditional practices of a week or more. And, of course, by providing care 24/7 – despite only being paid for the core hours of 8am-6.30pm Monday-Friday- GP at hand is supporting the rest of the NHS as well as maintaining continuity of primary care within a single provider no matter what time of day or night.

‘It is high time that the financial and ideological interests of the few are challenged, and the rights of the public to choose their NHS GP are respected.’