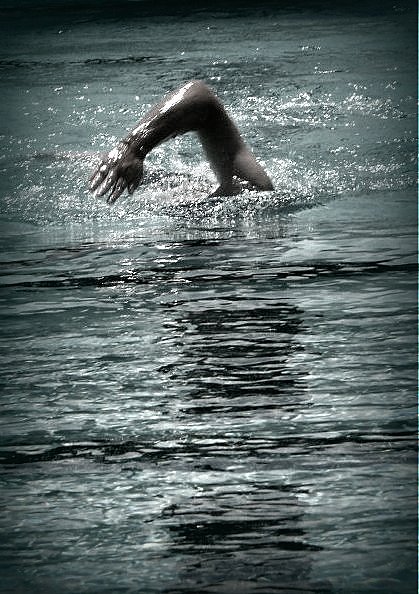 As a CCG we have a population of 205,000 people to serve and we are historically underfunded. Warrington was £19 million below target funding in 2013/14 – so the challenges of LTCs are very much a priority here.

According to 2011 Association of Public Health Observatories (APHO – now part of Public Health England) figures, 11.2% of our population have cardiovascular disease, 7% have diabetes, and 2.9% have chronic obstructive pulmonary disease (COPD).
We launched ‘Life With…’ at the end of November 2013 with in-house designed posters and leaflets, using NHS stock photos.
To drum up interest, we sent direct emails to local organisations – like the media school at Warrington’s branch of the University of Chester, or Warrington and District Camera Club – and also to patient groups.
We used press releases to announce the competition, then to announce the prizes, and later to encourage further entries. Entries were slow at first, but picked up when we used our website to showcase the entries, and people could see what was coming in. They covered a broad range of subjects, including mental health.
Chris, a swimmer, submitted a photo of himself swimming from Alcatraz to California. He has Spondylosis, a degenerative osteoarthritis of the neck joints.
Ben, aged 38, took a photograph of his morning kidney dialysis. He is awaiting a transplant.
Phil Finegan took an image of the smoking area at Hollins Park Hospital, which deals with mental health.
Everyone was invited to write a short summary of what their photo meant to them, and Phil wrote with this entry: “I don’t smoke but while I was at Hollins Park the smoking area was the only place I could feel the wind on my face and see the sun and the stars. It became my little oasis.”
The competition was well-suited to social media, which is very image-led, and we mainly used Flickr, Twitter and Facebook. A typical tweet about the competition during January attracted five retweets with a combined total – including Warrington CCG – of around 8,000 followers.
We posted links into the Facebook pages of major charities dealing with LTCs covered in the entries, generating  a lot of interest from a national point of view.
During January, the photo competition web page was the sixth most read page on our own website. To get free prizes, we used our good relations with local partners. The winners had the choice of a free gym pass from LiveWire, the management company that runs the town’s former council leisure centres, or a £50 voucher from Culture Warrington. These partners also promoted the awards on their own websites and social media. We put the best entries on display at our spring public engagement event, and people were invited to put stickers next to their favourites.
The winners were chosen by the CCG’s quality committee, and their selections were very similar to the public’s choices. However we didn’t get as many entries as we’d hoped.
Photo competitions based around public events can generate huge numbers of entries. People didn’t seem to find it easy to work with the conceptual theme – but they really enjoyed seeing the entries. And most of the images were so tied up with the person’s own written story that it was hard to use them as general stock images; but the submissions had heartfelt stories that really brought them to life and helped to tell the story of LTCs.
Wendy Pitts, 34, won the adult category with a photo of her daughter’s feet reaching up to the sky. She developed the rare Ehlers Danlos Syndrome, which means her joints frequently dislocate, and she now regularly uses a wheelchair.
Wendy wrote with her entry: “Four years ago I was as active as anyone I knew. I often try to remind myself that the disability doesn’t define me, it’s just a new part of life I’m learning to live. It certainly doesn’t need to hold me back.”
John North, 68, a retired school teacher, won the over 65 category with his photo of Thorpe Cloud in the Peak District. He developed the rare long-term condition Myasthenia Gravis in 2012, which causes muscles to become weak, effecting his general movement and swallowing.
John wrote with his entry: “The condition is under control but it will stay with me for the rest

of my life. It was a delight to be back in the Peak District by way of recuperation.” After winning, he said: “People often think of illness as something spectacular. But most people are like me, just getting on with life and taking their tablets.”

Dylan Logsdon, 16, took a photo of his grandfather’s house lit by a streetlamp and won the under 16 category. Dylan wrote with his entry: “My grandfather has diabetes. He hasn’t let this affect his life, his hobbies, and most of all his happiness and attitude towards life.
“My mum once asked him his dream, and he said he wants to travel the world, and diabetes hasn’t changed that dream for him, my granddad and his wife are still going through that dream. They must go on holiday at least four times a year!”
Dianne Clarke, LiveWire’s Area Neighbourhood Wellbeing Manager, said afterwards: “The quality of the photographs received have been of a very high standard and really captured the determination of the contestants who won’t let an illness hold them back.”
The winners were interviewed and photographed by the local paper and the story was used on a page lead on a right hand page, a high value location.
The majority of the entrants were happy to share their experiences of care and agreed to be contacted about future consultations and engagement work that was relevant to their condition.
The competition website can be found on the Warrington CCG website.