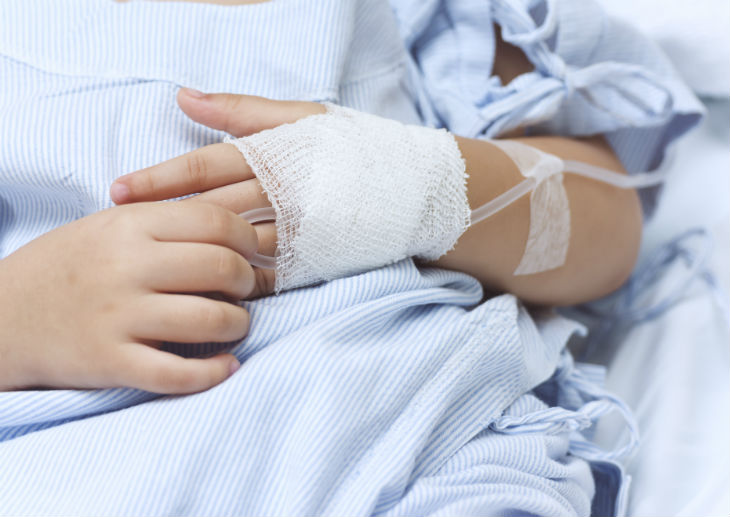 Environmental and lifestyle factors have contributed to a sharp rise in cancer diagnoses in children and young people in the last 16 years, experts say.

Professor Denis Henshaw, scientific director at Children with Cancer UK, said the 40% rise in cases could not be explained by improved diagnosis.

“Lifestyle and environmental causal factors must be considered,” he said.

“We need a better understanding of the risk factors for cancer in children and young people, and whether there are practical measures that might reduce exposure to these risks.

“If we could prevent 100 cases per year for an investment cost of less than £10m per year, then that would be a net saving for the NHS and taxpayers – and significantly less suffering for the children, young people and their families.”

The research found that there were 1300 more cancer cases each year in those aged between 0 and 24 years old compared with the same figure in 1998, costing the NHS an extra £130 million per year.

Children with Cancer UK analysed official figures from the Office for National Statistics and found that the 16-year rise is mostly due to teenage and young adults aged between 15 and 24 years.

The rises were significant in certain cancers, with colon cancer up 200%, thyroid cancer more than doubled, ovarian cancer increased by 70% and cervical cancer by 50%.

A greater investment in treating young people for high-risk cancers with poor survival rates, such as brain tumours, are urgently needed says the charity.

The charity is also calling for “kinder treatments” to reduce the impact of aggressive cancer treatments on young patients.

Dr Nick Goulden, medical director at Children with Cancer UK, said: “There is early evidence that precision medicine works in childhood cancers and can save lives.

“Crucially for young patients, such targeted therapies could also reduce the burden of toxicity, and help them to improve quality of life both during and after treatment.

“We need the NHS, pharmaceutical companies and government to prioritise support of the medical and scientific community in their efforts to ensure that all children, teenagers and young adults diagnosed with cancer in the UK have access to precision medicine within the framework of clinical trials by 2020.”

Some 4,000 children and young people develop cancer every year in the UK, and cancer is the leading cause of death in children aged 1-14 years in the UK.