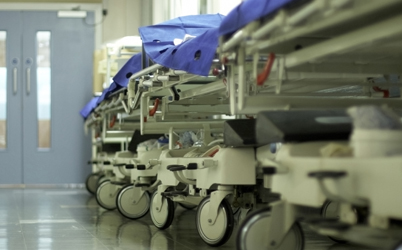 The NHS is on a ‘collision course’ for its worst ever winter recorded, the British Medical Association (BMA) has warned again as A&E waiting times have failed to improve.

New official data released today (14 November) shows the NHS’s peformance against the four-hour A&E waiting time target – in which 95% of patients are expected to be seen – is at its worst level since records began.

Only 84% of patients were seen within four hours in all A&E departments in England in October, compared with 89% in October last year – the lowest figure since data was first collected.

Last month, the BMA issued a similar warning after data showed that in September just 85% of A&E patients were seen within four hours, compared with 89% the year before.

Today’s data also shows 4.4m people were waiting for routine operations at the end of September, which is a 6% rise since last year, according to NHS combined performance data.

The proportion of patients seen by specialists from urgent GP referrals for suspected cancer continues to breach the NHS standard of 93%. In September, 90% of people were seen within two weeks, compared with 91% in 2018.

BMA council chair Dr Chaand Nagpaul said: ‘These shocking figures show precisely what the BMA has feared – that the NHS is on a collision course for its worst winter yet. This is a catastrophe for the NHS with autumn figures as bad as any in the depths of winter.

‘A&E wait times are the worst since modern records began, trolley waits the highest they’ve ever been outside of winter, and 4.42million people waiting for routine operations – the highest number in NHS history.’

He added: ‘It is unacceptable that in the midst of these pressures senior doctors are being forced to reduce their work or driven out of the health service by the punitive pension system – a problem that could and should be rapidly resolved.’

‘A crisis in the making’

Richard Murray, chief executive of the King’s Fund think tank, said: ‘Amidst the political rhetoric of the general election campaign, today’s statistics lay bare the stark reality for patients across the country who are struggling to access NHS hospital services. ‘

He added: ‘These figures underline the scale of the challenge for the next government, which will enter office when the NHS faces one of the worst winters in its history.

‘This is a crisis in the making and it won’t wait; the new government must prioritise addressing chronic NHS staffing shortages and expediting measures to deal with the consultant pensions crisis which is heaping additional pressures on A&E departments.’

The BMA recently stated in its election manifesto that safe NHS staffing legislation should be created by the next Government.