BMA in negotiations over funding for network service specifications 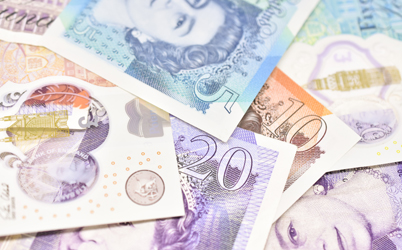 The BMA is ‘currently in negotiations’ with NHS England to ensure primary care networks (PCNs) get the resources they need to deliver network specifications.

From April 2020, all networks will have to begin to fulfil seven service specifications under the network contract DES, including medication reviews and enhanced care in care homes.

However, it will not attract extra funding, above and beyond the money being given to employ the non-GP healthcare staff.

GPs have argued that this funding will not be enough to ‘suddenly deliver’ these extra specifications, saying it is ‘more work with no funding attached’.

But the BMA has told our sister publication Pulse that negotiations over funding for the delivery of the seven service specifications are ongoing.

Funding will be unlocked over the next two years to employ additional practice staff, including physiotherapists, paramedics and physician associates. These staff, alongside the pharmacists and social prescribers currently being funded, is hoped to total 22,000 by 2023/24.

The contract document said that, in return for the funding for these new staff, must deliver the seven service specifiations. These include:

The contract states: ‘The annual funding increase under the additional roles reimbursement scheme will be tied to agreeing the service specifications nationally, and their subsequent delivery.’

More work for no funding

In a Twitter post, Wyre Forest GP Dr Roy Williams asked the BMA how PCNs are expected to deliver ‘more work’ if the funding does not follow.

He said: ‘NHS England now confirming that there will be no funding attached – how can PCNs deliver more work with no funding – the small number of additional roles should be supporting practices not delivering NHSE ambition – I feel we have been missold.

‘Really struggling to understand the thinking that the few hours of additional staff that we are paying 30% of will allow us to suddenly deliver five national specs – this should be about making practices sustainable first – also confusion about existing funding stream.’

In response, BMA GP Committee executive member Dr Krishna Kasaraneni said: ‘We are in negotiations now’ and the ‘absolute priority is about supporting and rebuilding general practice.’

He told Pulse: ‘PCNs are beginning to consider the requirements for the coming year and it’s understandable that they need more information about this as soon as possible.

‘PCNs have the potential to transform general practice and community-based care, including the services delivered to patients, but only if they are properly resourced.

‘The BMA is currently in negotiations with NHS England on the elements of the contract agreement that will begin next year, and will work to ensure that PCNs, regardless of where they are based, have the tools and resources they need to deliver what is expected of them.’

NHS England previously said the networks who will deliver the requirements ‘further’ and ‘faster’ will get additional funding.

Earlier this month it admitted that some areas across the country will struggle to recruit the 20,000 additional primary care staff that were promised to them.

This story was originally published by our sister publication Pulse