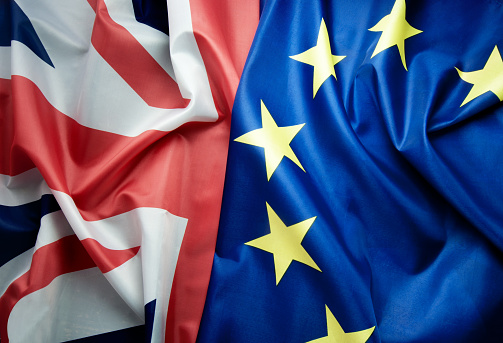 Primary care staff show concern for workforce levels and NHS budgets as the Government sets in motion the UK's departure from the EU.

Primary care staff show concern for workforce levels and NHS budgets as the Government sets in motion the UK's departure from the EU.

After Article 50 was officially triggered today (29 March), the Prime Minister said: 'In accordance with the wishes of the British people the United Kingdom is leaving the European Union. This is an historic moment from which there can be no turning back.'

Fifty percent of primary care staff say that the number GPs will decrease as a result of Brexit, and 60% say nursing numbers will reduce also, a survey by the publishers of Healthcare Leader has revealed.

The survey of 1,734 NHS primary care staff, including 750 GPs, found that only 3% of staff believe that Brexit will have a positive effect on staffing levels, with more than 50% saying that it will have a negative effect.

The study by the research division of Healthcare Leader's publishers, Cogora, found that GPs are more pessimistic than their primary care colleagues around staffing and budgets.

It also found that more staff thought Brexit would have a negative view on the number of patients accessing NHS care than a positive one – which contradicts the Leave campaign's claims that leaving the EU would help address 'scandalous' NHS waiting times.

Around 10% of registered doctors and 4% of nursing staff come from the EU, according to the General Medical Council (GMC). NHS England has even targeted GPs from the EU through a £20m scheme to ease the recruitment crisis.

Despite this, the Government has introduced tougher immigration rules, making it harder for the NHS to recruit foreign staff.

Nursing has been added to the shortage occupation list over concerns trusts will not be able to source enough staff under normal visa rules.

And the Royal College of Nursing (RCN) and the British Medical Association (BMA) have warned the new immigration skills charge of up to £1,000 a year for a visa, which comes into effect in April, could drain millions of pounds from the NHS.

Deputy GPC chair Dr Richard Vautrey said: 'At a time when general practice is overstretched and depending heavily on doctors and staff from overseas, we are seriously concerned that staff recruitment will only worsen post-Brexit.

'It must face up to the current pressures on the NHS and acknowledge the impact that Brexit may have, by properly resourcing general practice to ensure that GPs can provide the time and care needed to meet the increasing needs of patients,' he said.

RCGP chair Professor Helen Stokes-Lampard said that the 'misleading' pledges about NHS funding by the Leave campaign 'clearly influenced the eventual outcome of the referendum'.

She said: 'Unfortunately, there is no one to hold to account for these. But this should send a message to the Government just how important the NHS is to the UK public, and that every effort must be made to keep our health service sustainable, to fund it properly, and ensure we have the workforce to deliver the care our patients need and deserve.

'This should be at the forefront of the Government’s mind during Brexit negotiations.'

The reported survey was distributed to subscribers of Healthcare Leader, Management in Pratice, Nursing in Practice and Pulse between 10 August 2016 and 21 September 2016. Respondents who were not currently working as healthcare professionals due to e.g. retirement, or who worked abroad, were excluded.