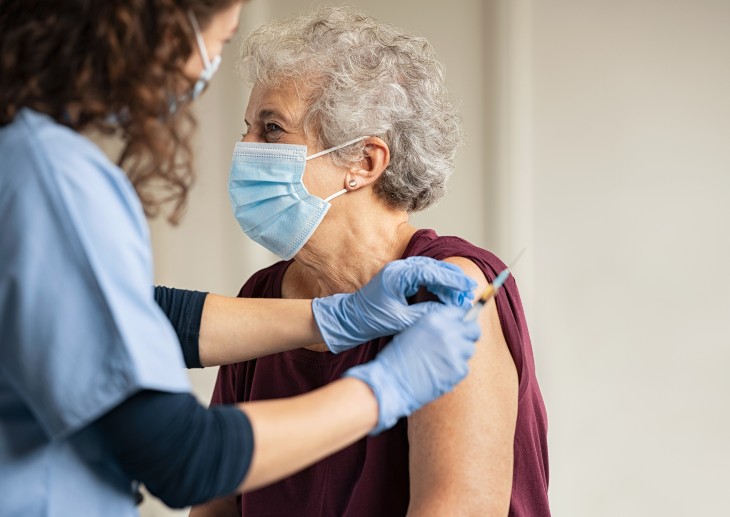 The percentage of adults testing positive for SARS-CoV-2 antibodies is beginning to decline among older age groups despite remaining high overall, new data has shown.

Published by the Office for National Statistics (ONS), the data (1 September) indicates more than nine-in-10 adults (94%) in England would have tested positive for antibodies in the week beginning 9 August.

However, since the end of July 2021, antibody positivity has decreased among those aged 70 years and over, the ONS said.

However, as antibody positivity is defined by a fixed amount in the blood, most older people who are vaccinated will retain higher antibody levels than prior to vaccination but may have a lower number of antibodies in the blood at the time of testing, it said.

Antibody levels among people aged 80 and over had previously dipped in March but rose again the following month as a result of second doses.

The ONS also clarified that antibody positivity increases with age, with the lowest percentage appearing among the youngest given the UK’s vaccine programme’s prioritisation of older people.

This comes as NHS England today announced that 50% of all teenagers aged 16 and 17 have had their first Covid shot, after NHS England instructed practices to begin vaccinating the group last month.

It follows a decision by the Joint Committee on Vaccination and Immunisation (JCVI) to offer a third dose of the vaccine to a select number of people with compromised immune systems, separate from the national booster programme.

The JCVI confirmed that the number of people included in this group was around 400,000 to 500,000 people across the UK.

However, those who would be eligible for the third dose will not include all those who were previously considered clinically extremely vulnerable.

The decision on the timing of the third dose will be made by each patient’s GP or consultant, the JCVI said.

Professor Wei Shen Lim, chair of Covid-19 immunisation for the JCVI, said: ‘We want people with severely suppressed immune systems to have the best chance of gaining protection from Covid-19 via vaccination. Therefore, we are advising they have a third vaccine dose on top of their initial two doses, as we hope this will reduce their risk of severe outcomes such as hospitalisation and death.’