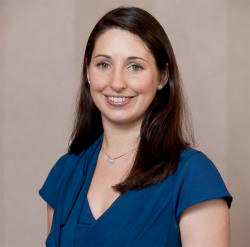 You can't doubt Andrew Lansley's conviction that he is saving the NHS. He has an unshakable faith in his reforms which is probably just as well given all the flak he's taken. But can he take clinicians with him?

You can't doubt Andrew Lansley's conviction that he is saving the NHS. He has an unshakable faith in his reforms which is probably just as well given all the flak he's taken. But can he take clinicians with him?

This was my second interview with the Secretary of State for Health and it couldn't have been more different from last year. In February 2011 the minister had clearly been wound up before our allotted time, by Sheila Dillon from Radio 4's Food Programme, probing him about the responsibility deal, trans fats and public health.

I waited in a soulless little room in his constituency office in Cambridge where he came in, ready to do battle, as he had been doing since his Bill was published in January of that year. He'd endured wave after wave of criticism forcing an unprecedented pause in the legislation to listen to clinicians concerns.

Jump forward to April 2012. The bill had been passed, it was recess, the minister had just returned from a stay-cation in Suffolk and he was opening new facilities at a dental clinic in Cambridge. The crowd was friendly, there were no lurking detractors to chase him down the corridors. He had already spoken to The Times about their FOI story on the midnight release of patients from hospitals, but he was visibly buoyant.

Any why not…plans are afoot to have a 'do' for everyone involved in the Bill to celebrate Royal Assent as it has been a long hard slog.

However the work is not over. The policy must now prove itself in practice and significant concerns remain. Possibly the greatest of these is the need for clinicians to lead the charge.

Lansley deftly dismisses any negative survey findings, notably the BBC's, saying that of course GPs will be feeling shaky on the reforms given the rhetoric from the BMA and the RCGP but "actually it isn't all going to be terrible".

He says that GPs who make noise about not wanting to manage will be perfectly able to carry on with clinical work, as leadership need only come from 10 to 20% of family doctors. But he adds many of those dissenting GPs will actually be involved in commissioning without realising it – when they discuss care in their areas of specialist interest.

Lansley has done his homework and met with many of the leading CCGs doctors so we have to hope he's right and that the majority of GPs are running with him on reforms as failure does not look good for the future health of the NHS.

Don't forget to look out for Health Secretary Andrew Lansley's full interview featuring in the Spring edition of GP Business, in which he sets out his priorities for CCGs and the wider NHS during this tricky transition year.

Victoria Vaughan is an award-winning journalist with ten year's experience of reporting and writing on daily, weekly and monthly publications. Victoria has worked in both the UK and Singapore. As well as managing the GP Business magazine, she also oversees the primary care titles, Nursing in Practice and Management in Practice.