‘NHS chiefs should have the guts to call out poor practice’ 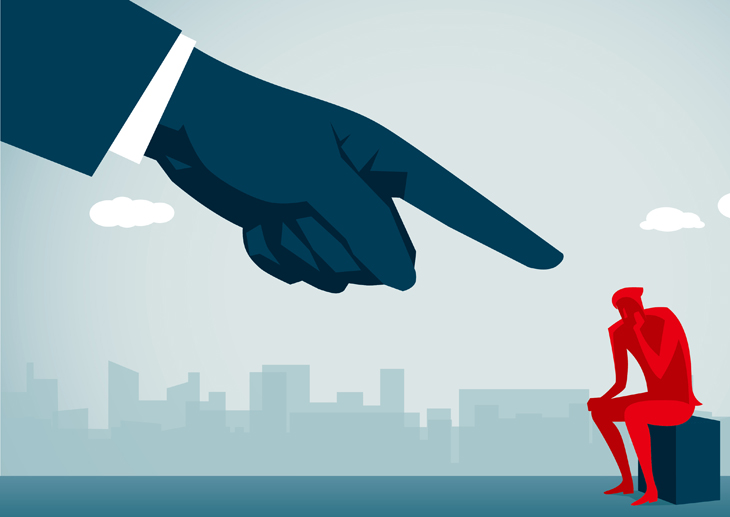 By Rachel Carter
Freelance journalist
24 May 2018

The latest review into the deaths of people with learning disabilities has warned that lessons are not being heeded by health and care services. Rachel Carter asks two key commentators how NHS leaders can drive lasting change.

Earlier this month, the Learning Disability Mortality Review (LeDeR) programme’s annual report warned that health and care services must do more to address failings in the deaths of people with learning disabilities.

The programme found that in 13 of 103 deaths reviewed between July 2016 and December 2017, the person’s health had been ‘adversely affected’ by treatment delays, gaps in service provision, ‘organisational dysfunction’, neglect or abuse.

People with learning disabilities are also living far shorter lives than the general population, the review found, with men dying an average of 23 years earlier, and women 29 years.

The LeDeR programme was set up three years ago in response to the findings of the 2013 Confidential Inquiry into the premature deaths of people with learning disabilities. It supports local areas to review deaths, identify learning and make improvements. In 2016-17, 1,311 deaths were referred to LeDeR, of which 103 were investigated in detail.

The programme’s annual report made nine recommendations, but warned that many of the findings echoed those of previous reports on the deaths of people with learning disabilities, with the same issues identified as ‘repeatedly problematic’ over the past decade.

‘Services should have moved beyond this’

Programme lead Dr Pauline Heslop said the findings were ‘really saddening, frustrating and concerning’ and warned that the services ‘should have moved beyond this by now’.

The Department of Health and Social Care said there was ‘clearly more work to be done’ and urged NHS England to ensure the report’s recommendations are taken forward.

NHS England said it would be pumping another £1.4m into the programme over the coming year to help ‘ramp up the speed and number of reviews’.

‘Improve the experience for everybody’

Rob Greig, former government lead on learning disability, commented: ‘I think the first thing that every NHS trust should have is a dedicated champion to ensure there is equal access for people with learning disabilities who are patients of that system – whether that’s in an acute hospital or community health services.

‘The champion would ensure staff are aware of and receive training around mental capacity and the evidence base of what is missed and what goes wrong, as well as techniques and tools for working with people with learning disabilities.

‘If that role was then legitimised by the rest of the management and staff team then that would very much help things change and develop.

‘We also need to stop seeing people who are ‘different’ as being an obstacle to the smooth running of the system. I have said for years that if you plan and design your system around the people you find the most difficult to support and provide a service to, then you will automatically improve the quality and experience for everybody.

‘So for senior managers, it’s about getting that message through about equalities of access [and the fact] that these are the people the trust should be succeeding most with.

‘Another very important message to get out to all staff is that if there are any deaths of people with learning disabilities while in the care of an NHS trust then the immediate reaction should be to investigate those deaths.

‘Finally, Clinical Commissioning Group (CCG) commissioners should be considering how they can ensure sufficient and appropriate resources are available to enable them to meet their equalities obligations. This does take some additional time and investment and that ought to be recognised in the contracting arrangements – so put it on the agenda.

‘We can’t have a situation where people are losing somewhere in the region of 40% of their life expectancy. If that’s happening for a sector of the population where we have some evidence base on how to deal with it, then I would suggest it’s rather discriminatory not to invest more money and resources.’

‘Look after the family’

Sara Ryan’s 18-year-old son Connor Sparrowhawk died in July 2013 after he was left unsupervised in the bath and suffered an epileptic seizure at Slade House, a specialist NHS learning disability unit run by Southern Health Trust.

At the time, the Trust said Connor died of ‘natural causes’, but last year it pleaded guilty to breaching health and safety laws. The trust was fined over £1m in March this year and the judge described Connor’s death as an ‘unnecessary human tragedy’.

Ms Ryan says: ‘The findings the LeDeR report revealed were devastating. Until change happens at the top and you get strong leaders with direction, clarity and the guts to call out poor practice, then poor practice will just flourish.

‘Our experience was appalling. If you have an 18-year-old boy drowning in the bath at one of your assessment and treatment units then you should instantly say that this has got to be a priority.

‘Look after the family and do anything you can to reassure them that you’re going to get to the bottom of what’s happened – make sure it’s a timely investigation with no stones left unturned, and offer support.

‘Don’t delay, blame it on natural causes or refuse to disclose records. Sometimes Connor’s death is a punch in my gut, it catches me totally unexpected and I almost pass out. At other times, when I remember bits of what we’ve been through, I just can’t believe it really. I think it must happen all the time, our family just happened to make it very public on social media.

‘My message is that this has to stop now. We cannot think of ourselves as a civilised society if we’re allowing members of the population to die premature, preventable deaths decades before others. We can’t have any pride in the NHS or social care while that’s happening.’