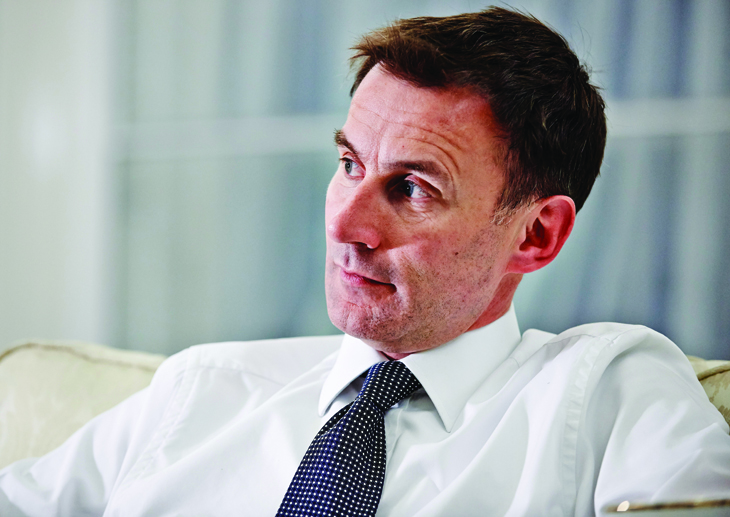 Despite Mr Hunt’s numerous pledges to do ‘better for social care’ and ease the pressures in NHS services, many healthcare leaders will remember him as the man behind the introduction of the controversial Accountable Care Organisations (ACOs).

Despised or loved, Mr Hunt has shaken the healthcare world and his legacy will affect the sector for years to come.

Theresa May’s unexpected reshuffle comes after Boris Johnson yesterday announced his decision to step down as foreign secretary following a dispute over Ms May’s plans for a so-called ‘soft’ Brexit.

Originally elected Conservative MP for South West Surrey in May 2005, Mr Hunt became health secretary in September 2012 before being given additional social care responsibilities in the cabinet reshuffle in January 2018.

What is Mr Hunt’s legacy?

Mr Hunt is famous for being the longest-serving health secretary – five and a half years – but he is also infamous for quite a few decisions taken over the years, particularly the introduction of ACOs within the NHS.

In 2017, NHS England published the first contract for ACOs, which are integrated care systems with full responsibility for health and care services in a particular area – a concept that originates from the US.

Since then, ACOs have stirred debate and created fears about the rise in private companies providing health and care services.

Last week, a legal challenge – the second in less than three months – brought by campaign group JR4NHS to stop the introduction of ACOs was rejected by the High Court, which found that ACOs are ‘lawful under the Health and Social Care Act 2012’.

But despite the new cash, NHS Providers, among others, commented that the funding will only ‘fill the gaps’ in the health sector, rather than allow for any real improvement.

Many leading healthcare bodies also estimated that the 3.4% increase falls short of the 4% a year needed to secure ‘modest improvements in NHS services’.

The Government suggested that the extra NHS funding will come from higher taxation and the money the UK will no longer be spending on its annual EU membership fee following the 2016 Brexit vote.

Mr Hunt said that the ‘famous’ Brexit campaign’ promising £350m a week for the NHS ‘is exactly what this Government will deliver’.

However, parliamentary select committee the Public Accounts Committee said that if there is a Brexit dividend, it is ‘years away’.

Mr Hunt said multiple times that we ‘need to do better on social care’.

Speaking in March, he confirmed that a green paper for adult social care long-term financial solutions will be published before the summer.

He added: ‘By reforming the system in line with these [seven key] principles, everyone – whatever their age – can be confident in our care and support system.

Yet, he later announced that the publication of the paper will be delayed until Autumn, to coincide with the spending review announcement.

The Association of the Directors of Adult Social Services said that with a ‘delayed green paper and no additional funding, older and disabled people and their families are struggling now’.

The Local Government Association also warned that without proper funding, and with 6bn worth of cuts made to councils’ adult social care budget since 2010, the sector will be facing a £2bn funding gap by 2020.

Despite Mr Hunt’s various financial incentives brought forward over his time as health and social care secretary, the NHS endured its worst ever winter in 2017/18, with some services on the brink of collapse.

It is still early days but Mr Hancock’s appointment to the role of health and social care secretary might be a positive step towards change in the sector.

As a former business minister, who once worked for his family business, Mr Hancock might appreciate the current pressures NHS staff and patients are facing and make the changes everyone has been waiting for.