How could genomics transform healthcare? 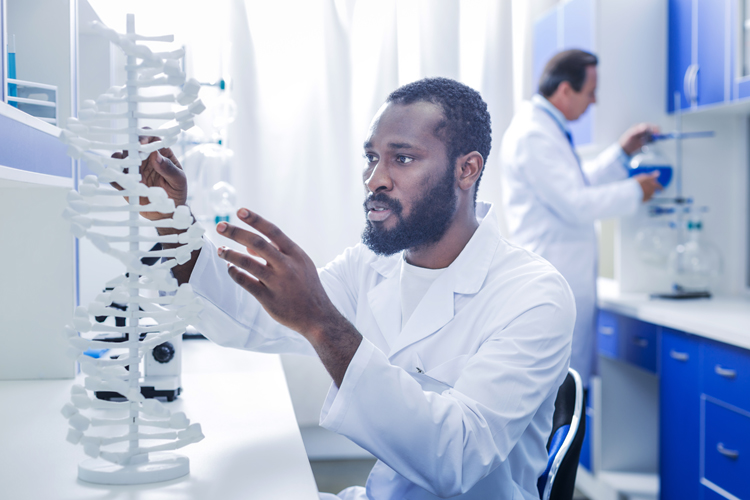 The Government has argued that genomics has the potential to transform medical care in the NHS and improve patient outcomes.

In October, the UK will become one of the first countries in the world to implement a fully integrated genomic medicine service (GMS), which will see genome sequencing embedded in care and help the NHS stay at the forefront of healthcare delivery, as part of the drive to make better use of medicines.

Not to be mistaken for genetics, genomics is the study of a person’s entire DNA sequence, also known as a genome.

So how could it improve patients’ health?

The potential of genomics

The Genomics and genome editing in the NHS report, published in April by the Science and Technology Committee, says ‘there is great potential for whole genome sequencing to improve patient care, particularly for diagnosing rare diseases and for more personalised targeting of medicines and treatments’.

The report adds: ‘Genome editing is a rapidly developing technology that is already a powerful tool for research and has significant promise for therapeutic use.

‘Health economic analysis of the “diagnostic odysseys” that individual patients with rare diseases can currently endure also shows the potential for whole genome sequencing to save costs.’

Genomics England, a company owned and funded by the Government, was established the following year to deliver the project, which received a £250m pot of funding in 2015. As of July 2018, more than 70,000 genomes have been sequenced.

Comparing large amount of DNA data and medical records through the project could lead to advances in diagnosis and new treatments for rare illnesses, such as unusual forms of kidney disease, and certain cancers.

Genomics England says: ‘The way in which the NHS is able to link a whole lifetime of medical records with a person’s genome data and the fact it can do this on a large scale is unique.

‘The richness of this data can help [us] understand disease and tease apart the complex relationship between our genes and what happens to us in our lives and illness.’

According to the company, genomics can be used to predict how well a person will respond to a treatment or identify the one that will work best for them.

It can, for example, show whether a woman’s breast cancer tests positive for a protein called human epidermal growth factor receptor 2 (HER2), which may contribute to the growth of cancer cells.

If the patient is HER2 positive, the cancer drug Herceptin will be effective but not for someone who does not have HER2.

Genomics can also be used to test how well radiotherapy can treat a cancer or to track infectious disease, among other applications.

What are the barriers to the use of genomics?

Genomics requires the use of patients’ data and the Science and Technology Committee points out that data sharing for genomic medicine presents a challenge to the principle of restricting the usage of patients’ data to their direct personal care.

It adds: ‘Whether or not the NHS constitution is changed to reflect the increasingly blurred distinction between genomics research and clinical care, public support will be vital to the delivery of an NHS GMS.

‘It is encouraging that a high proportion of patients involved in the 100,000 genomes project consented to sharing their genomic data, but the “broad consent” process used in the project is unlikely to be feasible for routine genomic medicine in the NHS without an extensive and continuing public debate to raise public understanding and acceptance.’

The committee argues that there are widespread concerns about insufficient training and a lack of NHS England staff qualified to gather and interpret genomics information ahead of the introduction of the GMS from October.

It says: ‘The Government must continue and increase its investment in digital infrastructure and ensure that the NHS workforce is prepared for the new challenges associated with collecting, analysing, and acting upon genomic data.’

The Government has asked Genomics England and NHS England to develop a long-term plan for genomics, setting out how the UK can harness the power of its genomics data sets to encourage disease insights and discoveries and turn these into world-leading analytical tools and therapies for the benefit of patients.