Does the long-term plan deliver on battling type 2 diabetes? 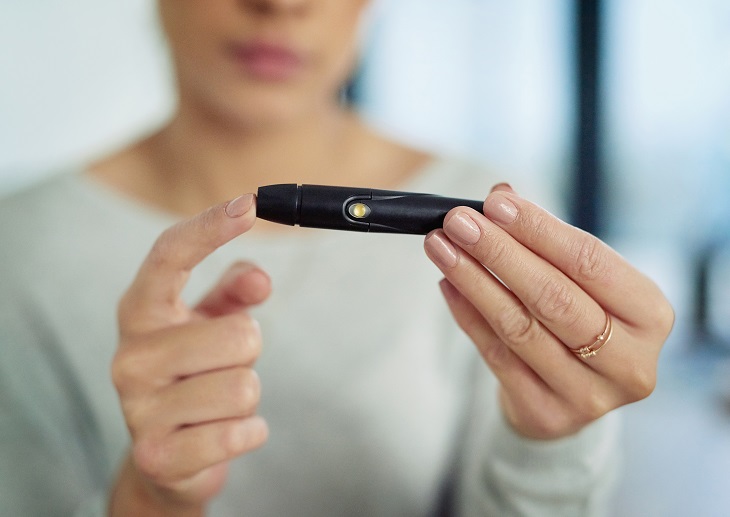 The year began for NHS England with the publication of the long-term plan. The plan set out the direction the NHS will take over the next five years and how it will spend the £20.5bn a year cash injection announced by then Prime Minister Theresa May in summer 2018, which is to be available annually until 2023/24. The plan also details how NHS England will tackle the diabetes crisis.

It was vital for NHS England to commit to making continued improvements in diabetes treatment. It needed to become a world leader on prevention and turn the tide on the rising prevalence of type 2 diabetes. With 3.7 million people in the UK currently living with diabetes, 90% of whom have been diagnosed with type 2 diabetes – as well as a further 12.3 million people at risk of developing the condition – the need for the long-term plan to deliver in this area was greater than ever. The NHS currently spends 10% of its annual budget on diabetes care and treating related complications. With the number of people in the UK living with diabetes set to rise to five million by 2030, the cost of care will rise too.

The plan sets out ambitious objectives to pilot a remission programme for patients with type 2 diabetes and commits to doubling the size of the NHS Diabetes Prevention Programme (NHS DPP) to target some of the 12.3 million people currently at risk of developing the condition. It also confirms that current work to improve care for people with diabetes will continue and states that all hospitals will have dedicated diabetes footcare teams and specialist diabetes inpatient nursing teams.

According to the plan, the NHS will invest in primary care to help people achieve their recommended NICE treatment targets and reduce variation between CCGs when it comes to the quality of care. The plan sets out a range of other improvements for those living with long-term health conditions, including offering access to primary care weight management for people with type 2 diabetes who have  a BMI of 30 or above. Another thing the plan sets out is  a vision for stemming the rising tide of  type 2 diabetes. Although we’re still waiting for many of the proposals to become  a reality, we feel they will make  a big difference.

Action from the Government

The long-term plan commits to doubling the size of the NHS DPP – which focuses on combating levels of type 2 diabetes – over the next five years. When it was established in 2016,  NHS DPP had 20,000 places available, covering half the country. In 2017, it was rolled out nationally and now aims to support 100,000 people each year in minimising the likelihood they will develop type 2 diabetes.

Doubling this programme will enable the NHS  to identify more people at high risk and refer them to behaviour change initiatives. NHS DPP will introduce new digital approaches that have been successfully piloted to reach  a greater number of people. The prevention programme is already the largest of its kind globally and the pledge to double its reach shows how serious the health service is about stopping type 2 diabetes in its tracks.

However, the programme simply will not work in isolation. We need to see action from the Government in tackling the obesity crisis, which has contributed to the alarming rise of type 2 diabetes. As part of this, the Government should act on the proposals set out in the 2016 childhood obesity plan. We are still awaiting the outcome of consultations on introducing some of the proposals, including restricting junk food marketing aimed at children and mandating clear and consistent nutritional labelling for cafes and restaurants.

While white Europeans are more at risk from the age of 40, those in certain ethnic minority groups are at greater risk from as early as 25. For example, people of African Caribbean, Black African or South Asian descent are two to four times more likely to develop type 2 diabetes than the white European population, and do so at  a younger age.  The Diabetes Prevention Programme looks at the needs of the most at-risk communities, closely monitoring how well these are met, and Diabetes UK is working with NHS England and Public Health England to address any differences in outcomes between those taking part in the programme.

A range of interventions

We were pleased when NHS England announced it would be piloting a type 2 diabetes remission programme, inspired by the Diabetes UK Diabetes Remission Clinical Trial (DIRECT) study. This research showed that, for some overweight people who have type 2 diabetes, an intensive low calorie weight-loss programme delivered with ongoing support through primary care can put the condition into remission.

The DIRECT trials hint that the remission pilots proposed by NHS England will be a success, although we’ll have to wait to see what these schemes look like once they have been implemented. However, the announcement is a step in the right direction and once rolled out, the pilot schemes could be vital in turning the tide on the rise of type 2 diabetes.

The long-term plan confirmed that current national work to transform care for people with diabetes will not only continue but will be developed further. This means expanding the provision of structured education and digital self-management tools for people newly diagnosed with either type of diabetes.  At the moment, 20% of hospitals do not have multi-disciplinary footcare teams and 25% don’t have a diabetes inpatient specialist nurse.

However, the long-term plan sets out that in future, all hospitals will provide access to these teams – which should help improve the treatment that people with diabetes receive during their hospital stay and reduce the number of devastating diabetes-related amputations. NHS England will continue to invest in enabling primary care to help diabetes patients achieve the NICE treatment targets and help reduce variations in care.

We know that small reductions in HbA1c and blood pressure can make a big difference to someone’s quality of life and lower their risk of complications, such as heart disease, stroke and sight loss. This not only improves their personal prospects, but also contributes to saving the NHS money.

There are a range of interventions – such as new medications and targeted support for weight loss and a more active lifestyle – that people can benefit from  soon after a type 2 diabetes diagnosis. However, we need to see a complete  review of the NICE guidance for patients with type 2 diabetes to ensure people are getting the best possible treatment, and we are pleased that NICE is looking to update  this guidance.

Overall, we believe that the long-term plan promises to deliver for type 2 diabetes. We are, of course, still waiting to see many of the proposals set out in the plan become a reality, but they do have the potential to improve diabetes care and hold back the spread of the condition. It will take time to improve care for patients with type 2 diabetes, so it’s vital to sustain momentum and continue to fund the improvements promised in the long-term plan.