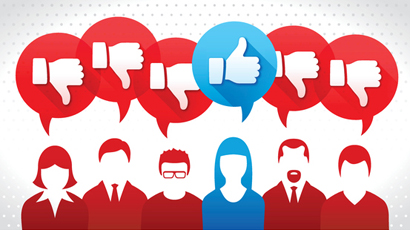 More than four in five people would fear for the safety of a loved one if they were admitted for NHS care, a study by the Independent Health Professionals’ Association (IHPA) has revealed.

Eighty-five per cent of 1,500 respondents to the IHPA's survey said they would be concerned about safety due to staffing levels.

More than four in five people would fear for the safety of a loved one if they were admitted for NHS care, a study by the Independent Health Professionals’ Association (IHPA) has revealed.

Eighty-five per cent of 1,500 respondents to the IHPA's survey said they would be concerned about safety due to staffing levels.

With the NHS processing more than one million patients every 36 hours, the study also found that 87% of the people surveyed fear that it will be at risk of collapse in the next five years.

Ben Itsuokor, consultant surgeon and president of the IHPA, said that ‘despite best efforts from staff across the NHS, patient care is at breaking point due to circumstances out of their control; namely ongoing funding cuts’.

He said: ‘This is leaving working hours increasingly stretched, with individual trusts struggling to meet adequate standards of service.

‘Clearly, issues of funding are not perceived to have had a detrimental effect on the attitudes of staff at grass roots, who are still working hard to maintain a strong work ethic across the board.

‘This is heartening, but – with experts predicting that cuts by many Trusts will be unavoidable in the near future – it is becoming increasingly strained.’

The IHPA, which supports locum healthcare professionals, looked at how 1,500 people and 500 locum staff perceive the current state of the NHS.

The study also showed that 90% people are worried that reducing the current NHS workforce will have negative outcomes on the quality of the services provided.

Last year alone, intense workload pressures and the inability to provide safe and appropriate patient care led to the departure of 1,000 full-time GPs, most shifts being covered by locum staff.

Mr Itsukor said that ‘funding cuts are placing extreme pressures on staffing levels, which are already overstretched, and this is having a detrimental knock-on effect on the delivery of patient services.

He said: ‘It’s both frustrating and, in some cases, distressing that we’re unable to provide proper patient care due to financial restrictions that are beyond our control.

‘It’s time for the government to take this seriously and plug the funding gap before even more damage is done.’