My PCN: How we cater to a young population with mental health needs 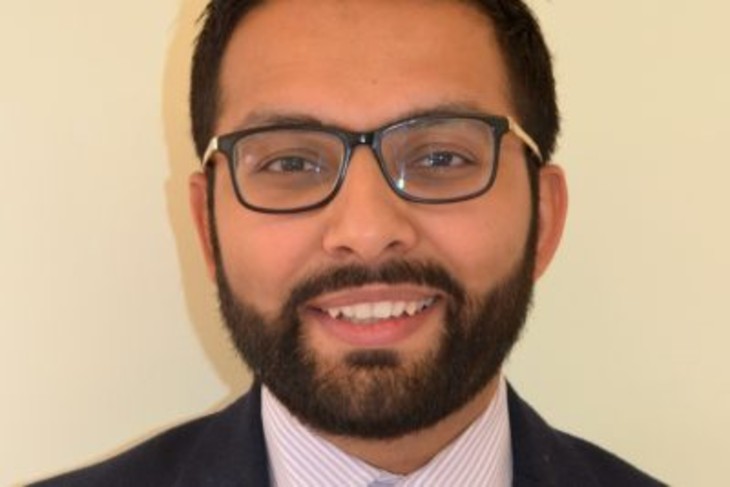 Throughout this series, Healthcare Leader is talking to primary care networks (PCNs) up and down the country of varying sizes and shapes to report back on their progress so far. Here we spoke to newcomer Dr Amit Sharma on how his PCN is meeting patient needs.

Wokingham West PCN has a unique structure. It is made up of only two practices, with one split over three sites. It serves a patient population of approximately 30,000 in an area that is mostly urban. As with many PCNs, there were several networking strategies already underway before the network was formed – but as Dr Sharma has found, the PCN has provided plenty of opportunities to develop these connections.

As clinical director, Dr Sharma was involved in a number of leadership roles locally, which helped to develop relationships within the PCN. He has been a practicing GP for five years, the past four spent at Brookside Practice, and as the PCN gained shape he took on a more active role.

‘If you’d asked me four years ago if I could have done what I have I probably wouldn’t have believed it. Hopefully I’ve shown a potential and drive that’s been noted,’ says Dr Sharma.

Before the PCN was up and running, the network existed in three clusters that were sharing services and taking on innovative projects – but this was hindered by the difficult geography of the region and by various clinicians and health professionals having to travel considerable distances. Alongside this, Brookside Practice is a large 27,500-patient practice with a varied allied professional workforce that would then have to merge with a smaller, 2,500-patient practice.

‘Working with the team [at Brookside Practice], we had an honest discussion with our other two surgeries and together we decided that it was better for us to split and work with the closest practice (Wilderness Road), which is a very small surgery. But the value that they bring us is that they’re part of a much larger consortium in east Berkshire, and the learning we can share across organisations is valuable,’ explains Dr Sharma.

‘We did some mapping with the council and the CCG because area and size really does matter to where [and how] our services are provided. That was the other interesting factor in making the move to a practice much closer to us – you’re much more likely to create that community feel because it’s different if it’s quite a distance away and people aren’t naturally congregating.’

Each PCN will face challenges depending on the locality of their practices, whether that’s due to musculoskeletal issues, frailty or long-term conditions such as diabetes or respiratory disease. For Wokingham West, Dr Sharma shared the three main health issues specifically facing Wokingham West PCN.

‘Mental health is a big issue that we identified and we’ve got considerable data to show a high prevalence of mental health problems in the area. We have a relatively young population compared to national averages which impacts our funding – we’re funded at a lower rate. It means that we’ve got a greater working age population so we see a lot of stress, anxiety and depression. This is partly related to the pockets of deprivation as well,’ discussed Dr Sharma.

‘We also have a lot of social isolation, a lot of people are experiencing this nowadays, but being isolated doesn’t necessarily mean that you’re living on your own. A third factor is self-care, again because we have a younger population who, in general, are quite interested in their health. It’s about how we help patients to optimise their health themselves and empower them, as opposed to the GPs and other clinicians being the forefront of all knowledge and reliance.’

The key, says Dr Sharma, to tackling any health issue effectively is to actively do something about it, but at the same time as having another project in development. This prevents the network from losing interest in the issue, while also takes proactive steps to help patients at all times.

‘Prior to the PCN we had been thinking about mental health and there are a couple of things we were doing there. One is that we’re using physician’s associates. We have one who we have trained for two years and employed for a year, and she is currently doing a diploma in mental health and is seeing a lot of the mental health patients, so we’re utilising her expertise and may be developing that role further,’ says Dr Sharma.

‘We’re also looking to work with the CCG on a new mental health in primary care programme, but we’re waiting for the green light. That will be a new way of mental health working in the community. We’ve also got a mental health worker. One thing I’m very keen on is forming strategic relationships with other partners in health and social care. We’ve been working with IAPT (Improving Access to Psychological Therapy) so we have a therapist working two days a week who is seeing some of our patients with long-term conditions and mental health problems. Mental health is definitely a fast-evolving area in the PCN.’

Looking to the future

As the NHS is moving closer towards a digital landscape, practices such as those in Dr Sharma’s PCN are beginning to use more IT solutions to manage patients, including triage systems. Improving social isolation can prove challenging, but progress is being made with a growing social prescribing team. Having now employed two social prescribers, groundwork is being laid to develop the patient list using population health management strategies.

‘Again, it’s a really exciting opportunity now they’ve got a cohort of patients to work with and develop those links with and developing links with the wider community as well – the council and voluntary services. We’ve got to be careful with the social prescribers because you can easily get the wrong emphasis for the role and we’ve got to make sure that they are spending most of their time with patients and forming those relationships.

‘We’ve been doing a lot of work on self-care for a long time, now one of the main emphases on the social prescriber role will be on self-care to empower people and putting them back in control.

‘For us it’s about advising people to empower them and to help them get more out of life.’