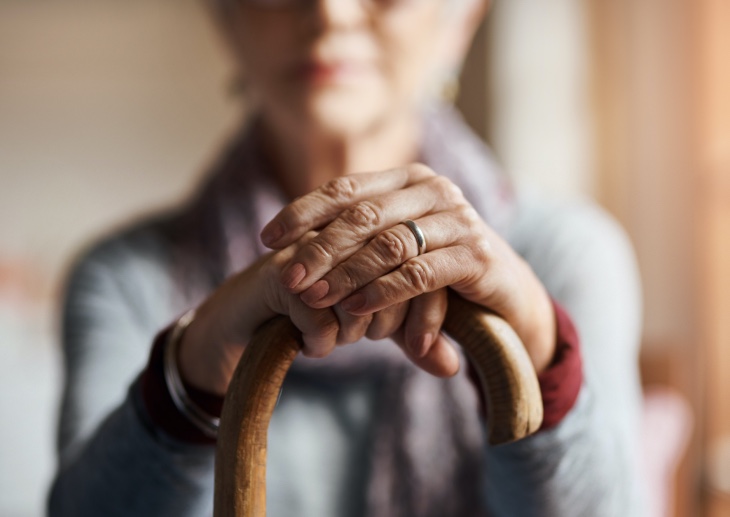 An influential group of MPs has condemned the Government’s response to the Covid-19 pandemic in care homes and branded it as ‘negligent’.

The Public Accounts Committee (PAC) highlighted a number of issues and particularly the decision to discharge 25,000 patients from hospitals without first testing them for the virus.

It has ordered the Government to ‘review which care homes received discharged patients and how many subsequently had outbreaks’ and report back in writing by September.

Care homes were particularly badly affected by the pandemic, with thousands of residents dying. During the peak of the virus in England, 27% of all deaths were recorded in care homes although Public Health England warned deaths might have been under-reported.

The PAC’s report into the handling of the pandemic said that ‘inattention, funding cuts and delayed reforms’ to social care were ‘compounded by the Government’s slow, inconsistent and, at times, negligent approach to giving the sector the support it needed during the pandemic’.

It added: ‘This is illustrated by the decision to discharge 25,000 patients from hospitals into care homes without making sure all were first tested for Covid-19, a decision that remained in force even after it became clear people could transfer the virus without ever having symptoms.’

The PAC added that it was also ‘particularly concerned’ by the Government’s ‘failure to provide adequate PPE for the social care sector and testing to the millions of staff and volunteers who risked their lives to help us through the first peak of the crisis’.

It said the Government must now work ‘urgently’ to ‘ensure there is enough capacity – including both testing and PPE – and continued support for staff and volunteers so we are ready for future Covid peaks.’

The PAC argued that the Government has to take responsibility for failings and learn from its mistakes from the first Covid peak.

‘No-one would expect government to get every decision right first-time round during such an emergency. Rather than seeking to give the impression that it has done so, the government urgently needs to reflect, acknowledge its mistakes, and learn from them as well as from what has worked,’ the report said.

PAC chair Meg Hillier MP said: ‘The failure to provide adequate PPE or testing to the millions of staff and volunteers who risked their lives to help us through the first peak of the crisis is a sad, low moment in our national response. Our care homes were effectively thrown to the wolves, and the virus has ravaged some of them.

‘Vulnerable people surviving the first wave have been isolated for months, in the absence of a functional tracing and containment system. Yet there were bold and ambitious claims made by ministers about the roll out of test, track and trace that don’t match the reality.

‘The deaths of people in care homes devastated many, many families. They and we don’t have time for promises and slogans, or exercises in blame. We weren’t prepared for the first wave. Putting all else aside, Government must use the narrow window we have now to plan for a second wave. Lives depend upon getting our response right.’

The Department of Health and Social Care said that since 15 April, anyone discharged from hospital has first been tested for Covid-19.

A DHSC spokesperson said: ‘Throughout this unprecedented global pandemic we have been working closely with the sector and public health experts to put in place guidance and support for adult social care.

‘Alongside an extra £1.3bn to support the hospital discharge process, we have provided 172m items of PPE to the social care sector since the start of the pandemic and are testing all residents and staff, including repeat testing for staff and residents in care homes for over 65 or those with dementia.

‘We know there is a need for a long-term solution for social care and we will bring forward a plan that puts social care on a sustainable footing to ensure the reforms will last long into the future.’

Following the toll on care homes, NHS England launched a new service which has seen GPs asked to carry out virtual weekly ward rounds, while all care homes should also have a named clinical lead.

A version of this story was first published by our sister title Pulse.