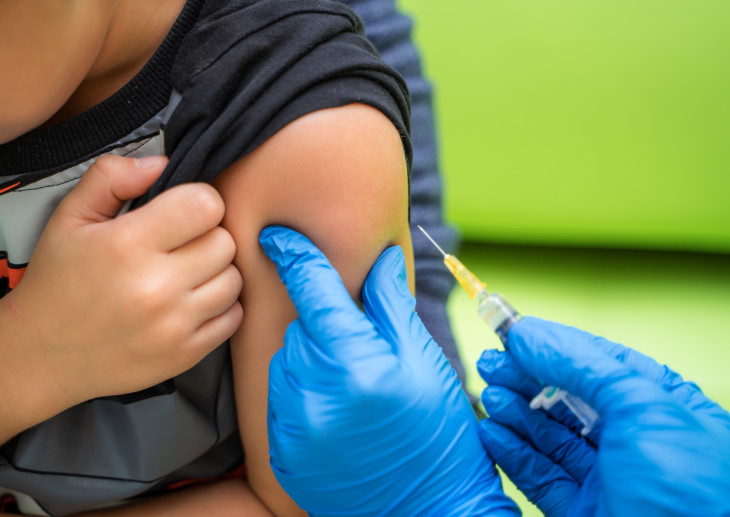 Coverage for both doses of the MMR vaccine in five-year-olds in England is nearly 10 percentage points below the WHO target, new data has shown.

Published today (1 February) by the UK Health Security Agency (UKHSA), the figures indicate that only 85.5% have received a full course, which the Agency says is ‘well below’ the 95% target needed to sustain measles elimination.

Similarly, coverage of the first dose of the MMR vaccine in two-year-olds has dropped below 90%.

It means that more than one-in-10 children under the age of five are not fully protected from measles and are at risk of catching the disease.

In 2019, prior to the pandemic, 87% of children had received the second dose of the MMR jab.

Launched off the back of the data, a new NHS and  UKHSA campaign drive will focus on reminding parents and guardians to ensure their children are up to date with MMR vaccine, and all other routine childhood immunisations.

While GPs have continued to prioritise routine vaccinations throughout the pandemic, the UKHSA reported that around 10% of parents were not aware these services had continued.

A survey of 2,000 parents of children aged five and under, commissioned by the DHSC and UKHSA, revealed that almost half of parents (48%) are not aware that measles can lead to serious complications such as pneumonia and brain inflammation.

And a third of parents who expressed concern about the MMR vaccine cited concerns around MMR side effects as a reason.

Despite this, over a third (36%) of parents feel vaccinations have ‘never been more important’ in helping prevent the spread of infections and viruses.

Dr Nikki Kanani, GP and medical director for primary care at NHS England, said it is ‘incredibly important’ that children are up to date with their routine vaccinations.

She urged parents and guardians to contact their GP practice as soon as possible if their child has missed a vaccination.

Similarly, vaccines minister Maggie Throup advised parents to contact their GP if they are unsure whether their child has had their full course of the MMR vaccine or not.

Meanwhile, Dr Vanessa Saliba, consultant epidemiologist at UKHSA, said: ‘Even a small drop in vaccine coverage can have a big impact on population immunity levels and lead to outbreaks.’

The PM has previously called for healthcare services to step up their efforts.

In 2019, it was reported that former health secretary Matt Hancock was ‘seriously’ considering compulsory childhood vaccinations.