Lessons in Leadership: Healthcare Leader of the Year Virginia Patania 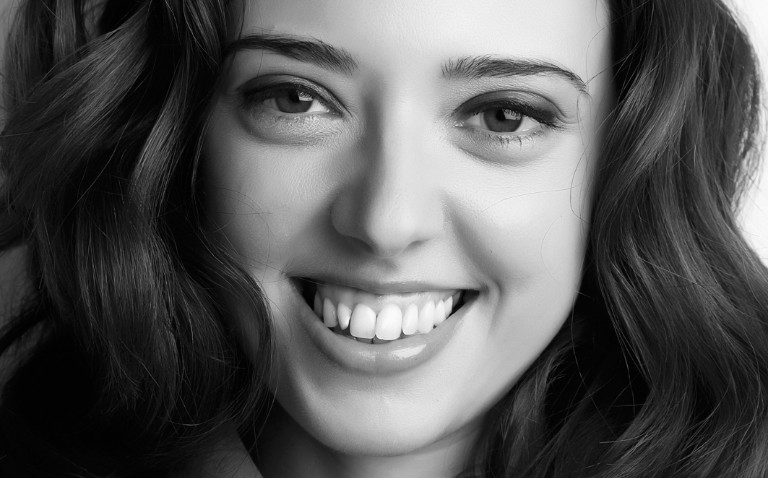 Isabel Shaw speaks to the winner of Healthcare Leader of the year at this year’s General Practice Awards about her career to date.

Virginia Patania began her award-winning career in secondary care as a research assistant at the Policlinico di Monza group, in Northern Italy. But from day one, she found herself more interested in the processes behind improvement rather than the academics, which eventually prompted her veer into healthcare quality. She now works as a transformation partner at The Jubilee Street Practice in East London, director of The Highway Network and she is also a member of Tower Hamlets CCG governing body.

Sicilian born, Virginia spent many of her childhood years in the US, before choosing to study humanistic studies at a university in Catania. Then, after a painful heartbreak, she uprooted her life and moved to the UK in 2004.

Despite her international background, Virginia now calls the UK home, after gaining her citizenship last year. ‘My single strongest driver for [this] has been my job and the NHS – and of course my boyfriend,’ she adds.

After several years working in the private sector as a senior clinical coordinator at the London Medical, she joined the NHS with the view that ‘free at the point of access’ should be nothing less than a five-star hotel experience. While she is still trying to achieve this, she has found and is working on the concept of joy and improvement, something which she believes holds even more value – despite often being sidelined.

Congratulations on winning Healthcare Leader of the Year! How does it feel?

Thank you! I am not even going to pretend to be cool – I am so excited! I am over the moon. I did not think there was a chance in hell that I would win. I went to the states for thanksgiving because I didn’t that I could skip Thanksgiving to go to an award that I’m wasn’t going to win. I was playing Trivial Pursuit with my family and my dad goes, ‘Isn’t that award tonight?’ and I was like, ‘Oh, I don’t want to follow it because I’m not going to win.’

There’s actually a really specific reason why I’m so happy to win. It takes so much energy and enthusiasm to keep the work going – it can be really tiring. So to have a boost that says, actually, other people do see it and value it – it’s a moment that gives me energy for another decade. It’s a really precious nod that you don’t get every day and it feels amazing.

I don’t know why I won. But something I know about myself is that I have a strong belief in other people and especially in non-clinical staff. To me, administrators are superheroes, they mark the quality of care that patients perceive they are receiving. They are key to sustainable general practice. And I would like to think that I’m one of the reasons that they have had such recognition. Usually, it’s just the doctors that get that recognised.

The work I lead is really staff focused. Traditionally, healthcare has always been shaped around the patient, which of course is fundamental, but equally fundamental is work that focuses on staff. And I think that that is very new. It’s quite unusual and quite unique. I’m sure that part of the recognition of my programme is due to the fact that it is so strongly provider-staff focused.

What are your biggest achievements so far?

My biggest achievement has been generating enthusiasm and investment to seek, understand and increase joy in the workplace in a way that is evidence-based and consistent. We’ve been able to provide infrastructure, create scale projects and really give attention to [joy], which hasn’t always been a top priority – a mistake we make again and again.

We always think that when we have enough resources, then we’ll talk about joy. And actually, I think you can’t manage a lack of resources if you don’t focus on the wellbeing of your staff. So I think that the greatest achievement in my career has been being able to build a case for sustainable joy for general practice staff.

Dogged determination and seemingly unending enthusiasm. I think I’m very lucky in having energy levels that serve me very well. I don’t tend to get tired or burnt out.

So the fact that I can stick to something for years and years with the same level of determination and enthusiasm, and I think that sees things out from A to B.

Is that an innate quality of yours?

I think it is. I’m sure I lack many other qualities, but energy is not one of them. So I think that that level of energy and determination is probably one of the killer keys to make this work.

I think that my biggest challenge has been successfully finding places where leadership can be fostered and nurtured so that my energy and enthusiasm is shared. Probably the most challenging aspect of the work is finding people who can sustainably develop and shape it with you in an ongoing way. I think the NHS is very project-based; we have six-week programmes and 32-week programmes, things are either seasonal or very time limited.

Flu programmes, cost targets; everything seems to be time determined. And so it’s important to find consistent leadership that doesn’t change. When the commissioning infrastructure and the geographical layout of collaboration changes have been really difficult because people tend to move or they tend to focus on something for short spurts of time. So thinking in terms of population health for example, and how long does it take to make something happen, where can you find leadership that’s going to see that entire process through from A to B? And be able to offer it the same level of energy and enthusiasm [throughout]?

Believing in others and a strong sense of agency.

How do you juggle your roles?

I currently have about six roles – I try and remind myself at all times that I’m a system player, which means I don’t know the difference between working for my practice and working for the CCG. To me, it’s the same thing. [In all my jobs] I’m trying to create a sustainable, joyful pathway for a better experience of coming to work and better experience of using services at the other end. So I draw no distinction between any of them. And anybody that works with me knows that, so I might be working for the CCG but I might be in Scotland at the time or sitting in my practice, or in Westminster or Newham. It makes no difference to me. My aim is always the same.

What do you think the health sector most needs or is currently lacking in when it comes to leadership?

I think it’s lacking – with the exception of Simon Stevens, who I highly respect and admire –  consistent long term stability. [England] has a lot to learn from Scotland in terms of visibility and the presence of its leaders. It also lacks a single system to look at quality contracts and commissioning. In Scotland, you have a single body, which has total control. On the other hand, England has various organisations doing different things, which I think is unbelievably unhelpful from a patient-user perspective.

What’s the most valuable lesson you’ve learned as a leader?

You are nothing without a team.

And I also think that every individual holds unbelievable value, but sometimes we’re not able to recognise it. I personally believe that there’s no such thing as somebody who is unable or incompetent. It just doesn’t exist. They’re just in the wrong place or being seen through the wrong eyes. I think that every individual has value. But also that no one exists without a team.

Don’t think about your gender, it doesn’t really matter. In my career, I have always considered myself as somebody with a vision. I think that my vision has always trumped my gender. This is not a barrier that I have experienced in my career or in my life. I think it starts to get in the way when you allow it to get in the way. But in my personal experience, no one closes the door to a great idea. Great ideas flourish when you’re confident that you have a vision.

Do you feel like you’ve come across any challenges as a result of being a woman?

I would be lying to you if I said that I have. I work in a very privileged part of the world and I can’t say that in Tower Hamlets I have known this type of discrimination or barrier. It’s a very strongly female-led environment – five out of six of my partners are female and a large part of the commissioning group is female.