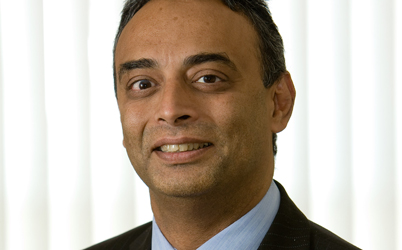 It’s also important to be a good listener and communicator. It’s not just about listening to what people say but hearing what they say as well.

Q What is the key to your success?

A You need luck and the harder you work the luckier you get.

When I started as a pharmacist, we were open for 14 hours a day for eight years.

I worked very hard but also happened to be in the right place at the right time and people were aware of what I was trying to do.

I think that helped me in the way that they thought ‘let’s see some more of that and how we can get involved’.

That’s how I got involved to a greater extent in bigger organisations.

As I progressed, my knowledge grew and I became more vocal and felt there was a real opportunity to engage pharmacists more.

A Becoming president of the RPS, getting an OBE, working for the Government and meeting former Prime Minister David Cameron. Those are memories that will live forever.

If you go back to the Health and Social Care Act, Clinical Commissioning Groups (CCGs) were originally called GP Commissioning Groups. I pushed very hard for them to be called CCGs so there would be an opportunity for all clinicians to contribute. I’m very proud to have been part of that change.

I was extremely proud to take my parents to the palace to get my OBE to see that I’d achieved the things they’d helped me to.

At the ceremony, my dad turned to someone and told them that he was my father. Instead of me being his son it was the other way around and that’s an incredible feeling.

Q How do you juggle all your roles day to day?

A My wife asks me the same question! It’s one of the things you just learn to do.

Often I think, ‘maybe I should give up something or do a little bit less of something’. But in some ways, I like being kept busy.

Q Do you have any professional regrets?

A There are things I would have done slightly differently.

I could have pushed the Government, ministers and other people harder for pharmacists to be better involved in organisations.

I think I’ve tried and done as much as I could but there are always things you think you could have done in a different way.

Q What are your biggest challenges?

A One of my biggest challenges today is to leave a legacy for the future. I’ve been very lucky and achieved a lot – I’m the RPS president – but somebody else will have to do it in the future and I have to make sure I leave them something they aspire to do in the right environment.

A Feeling that I’m advocating for the profession.

I want to get to the day where a Prime Minister stands up and talks about pharmacists, not just doctors and nurses, when discussing health.

We haven’t got there yet but we’ll keep going.