Learning disability deaths report: ‘We should have moved beyond this by now’ 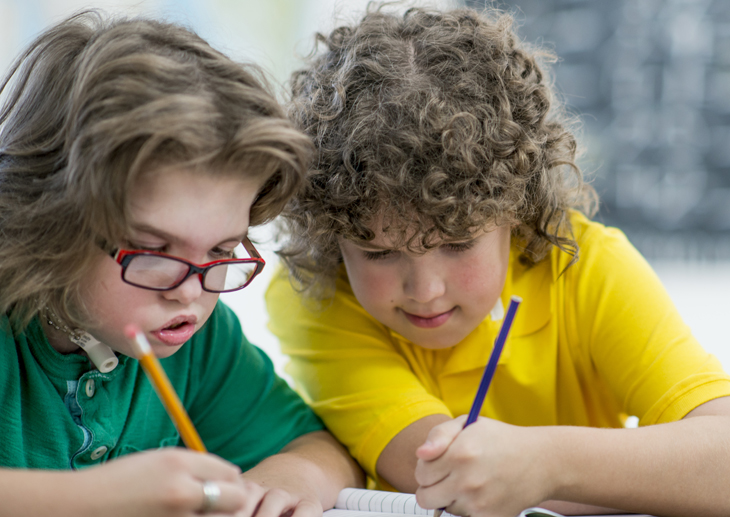 By Rachel Carter
Freelance journalist
22 May 2018

After a report highlights health and care failings in the deaths of 13 people with learning disabilities, Rachel Carter asks what NHS chiefs must do next to drive improvements

The importance of addressing health and social care failings in the deaths of people with learning disabilities cannot be overestimated.

This was the stark warning issued in a recent report from the Learning Disability Mortality Review (LeDeR), a programme led by University of Bristol and funded by NHS England.

The programme found that in 13 of 103 deaths reviewed in 2016/17, the person’s health had been ‘adversely affected’ by treatment delays, gaps in provision, neglect or abuse.

Not only this – but most of the learning from the completed mortality review echoed that of previous reports into the deaths of people with learning disabilities, the report said, with ‘the same issues repeatedly identified as problematic over the past decade’.

The report authors said the current situation was ‘unacceptable’ and there was a clear responsibility to families to ensure that any learning is now translated into improvements.

So what role do senior NHS managers have to play in effecting lasting change?

In March 2017, National Guidance on Learning from Deaths was published, providing a framework for NHS trusts to identify, investigate and learn from the deaths of people in their care. It followed a 2016 report from the Care Quality Commission (CQC), which found failings in the way services were using the learning from deaths to improve care.

The guidance stipulates that NHS trusts should notify the LeDeR programme of any deaths of people with learning disabilities in their care, as well as conduct a ‘structured judgement review’ of the case notes from the person’s last episode of treatment.

Dr Pauline Heslop, programme lead for LeDeR, told Healthcare Leader that the first question senior NHS figures need to be ask themselves is: ‘is this happening?’

‘What’s the relationship between the trust’s mortality review process and the LeDeR methodology and is that interface secure? We need to firm up that process and make sure the learning from the structured judgement review and the wider review is being fed back to the trust and they are reviewing and taking action on that,’ she says.

‘It’s a pointless exercise doing mortality reviews if you’re not going to learn the lessons.’

The LeDeR programme’s annual report, published earlier this month, detailed the learning from 103 completed mortality reviews and made nine national recommendations. These are broadly grouped into three key themes: interagency working, greater awareness of the needs of people with learning disabilities, and the application of the Mental Capacity Act (MCA).

Heslop says healthcare leaders ‘absolutely’ need to invest in more training for staff on the MCA – but this needs to be ‘face-to-face discussions about how it applies to people’.

‘My view is that people might complete the mandatory e-learning on the MCA but they don’t necessarily understand how it applies to them in practice – it’s too remote from the day-to-day of people’s lives and it’s the application of the law that’s the problem.

‘We need some on-the-job follow-up where people are given realistic case examples and asked to discuss with their supervisor how they think it applies to them in their work.’

In the area of interagency working, Dr Heslop says the LeDeR team came across deaths where there had been very poor discharge planning and community teams hadn’t been informed that a person was coming home, meaning the discharge was unsafe.

‘I think there are assumptions being made that if the person has a carer, that carer is providing 24 hour care and actually they may only be funded for five hours a week so it’s that thinking before a patient with learning disabilities is discharged,’ she says.

‘Attention needs to be paid to how much support people require to be able to manage, particularly when they are going home with a new diagnosis or new medications.’

The coordination of care before people come into hospital was also identified as problematic. The 2010 Equality Act places a duty on health and care services to make reasonable adjustments for people with learning disabilities when they come into hospital – for example, a longer appointment time to ensure they can communicate effectively. However, the LeDeR review found ‘patchy evidence’ that these adjustments were being made.

‘There was an inconsistency in how reasonable adjustments were identified and provided, and how that information was passed from one ward to another, so I would suggest that many hospitals don’t have a central system for flagging that,’ Heslop says.

‘I would like to challenge all healthcare leaders to audit their processes for the provision of reasonable adjustments for people with learning disabilities. How do you know that you are providing them and how do you know they are effective?’

Heslop adds that in some mortality reviews, staff reported that they ‘lacked confidence in communicating with a person with learning disabilities and their family’, and this meant that the treatment the person received was different to what ‘you or I might expect’.

‘If somebody presented with behaviour that was a bit unusual or challenging, the reaction seemed to be either to make a judgment about their quality of life or to make assumptions about what they were able to tolerate in terms of healthcare interventions,’ she says.

‘Then they’d ‘watch and wait’, a little bit too long sometimes, or were reluctant to suggest timely investigations, which someone else with the same symptoms would have received.’

The LeDeR report recommends that mandatory learning disability awareness training should be provided to all staff – and Heslop says that senior managers must make sure those ‘prejudices and assumptions are not given any airtime’ by encouraging staff to really understand and get to know people with learning disabilities and their families.

She recalls one positive example of a hospital that runs sessions called ‘See it My Way’ and invites people with learning disabilities to come in and talk about their experiences.

‘That’s the kind of approach really – where people with learning disabilities are actively engaged in more day-to-day contact with hospital staff. It breaks down some of those barriers so people are seen as people, not as conditions.’

But as Heslop concludes, ‘we should have moved beyond this by now’. The Death by Indifference report in 2007, the Healthcare for All report in 2008, and the Confidential Inquiry into the Premature Deaths of People with Learning Disabilities in 2013 all picked up on problems with the coordination of people’s care, the need to make reasonable adjustments, and adherence to the MCA and the 2010 Equality Act.

‘I find it saddening, frustrating and concerning that those same issues are still very much potential contributory factors to people’s deaths,’ she adds. ‘These are all issues we can tackle with will and commitment.’