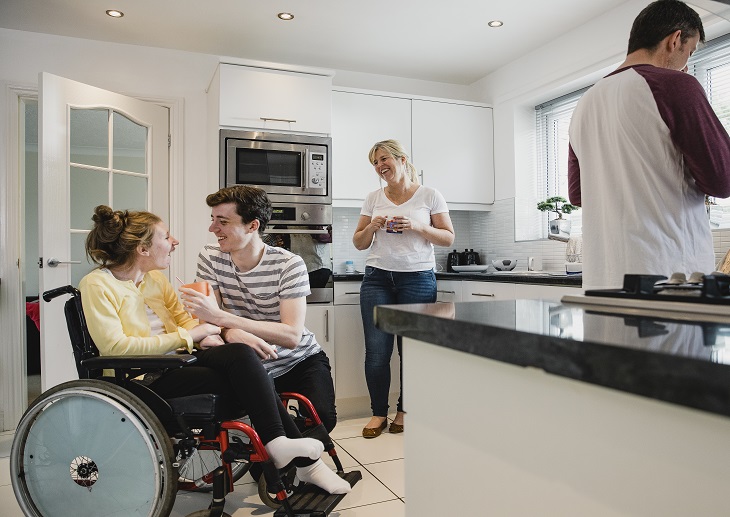 In response to the LeDeR annual report 2018, published yesterday, the NHS bodies pledged to invest the money in 2019/20 to ‘address the backlog of unreviewed cases’ and ensure the reviews into the deaths of people with learning disabilities are completed quickly.

The NHS also said it will take national action to improve survival rates for people with learning disabilities across different conditions that, according to the LeDeR report, often cause their deaths.

These include pneumonia, respiratory conditions, sepsis and cancer.

The third LeDeR report found that 71 of 882 adults with learning disabilities (8%) had received a level of care ‘that fell so far short of good practice’ that it had determined poor consequences for their well-being or ‘directly contributed to their cause of death’.

In response to this, NHS England national medical director Professor Stephen Powis wrote to leading doctors and nurses to advise them that a learning disability or Down’s syndrome are unacceptable reasons for issuing ‘a do not resuscitate order’ and that they should never be recorded as the cause of death.

The report – which reviewed the deaths of 962 adults and children during 2018 – also revealed that, similarly to the findings in last year report, the most common causes of deaths among people with learning disabilities were ‘pneumonia (25%), aspiration pneumonia (16%) and sepsis (7%) – conditions which are potentially treatable if caught in time’.

In response to these findings, the NHS committed to launching an awareness campaign to increase the uptake of flu vaccine among patients with learning disabilities.

The NHS said it will also commission an independent review into the deaths of those who died due to respiratory conditions.

As part of the long-term plan, the NHS committed to halving the number of inpatients with learning disabilities by March 2023/24, a target it first set in 2015 but failed to meet in March this year.

Meanwhile, the number of children with a learning disability or autism has more than doubled since 2015.

Last year’s LeDeR report also emphasised the importance of addressing health and social care failings in the deaths of people with learning disabilities.

One high-profile case in which a patient with learning disabilities died while receiving care was that of 18-year-old Connnor Sparrowhawk who died at Slade House, a specialist NHS learning disability unit run by Southern Health Trust, in July 2013.

Mr Sparrowhawk suffered an epileptic seizure after being left unsupervised in the bath.

Last year, the trust pleaded guilty to breaching health and safety laws, and was fined more than £1m as the judge branded the case an ‘unnecessary human tragedy’.