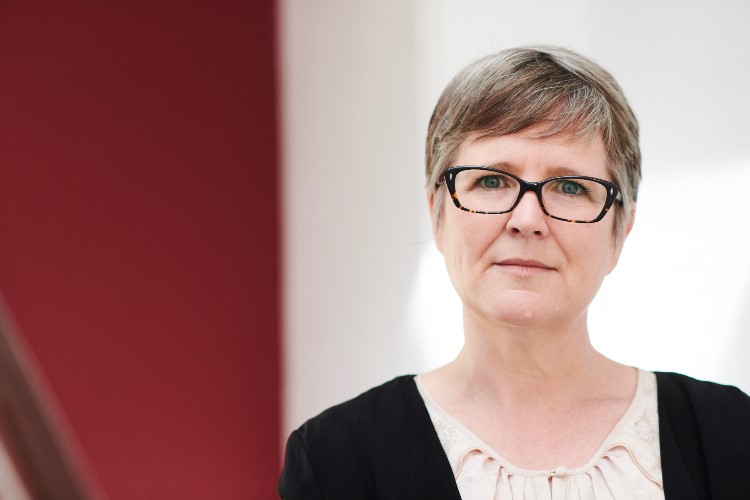 Saffron Cordery has an important task at hand. As deputy chief executive and director of policy and strategy at NHS Providers, she helps give a voice to healthcare professionals working across NHS acute, ambulance, community and mental health trusts, as well as foundation trusts.

She has  a broad remit: supporting the chief executive while also leading on the organisation’s policy and communication work. But having worked in the healthcare sector for 12 years, and in leadership positions for even longer, Ms Cordery does not shy away from tackling some of the NHS’s biggest challenges.

Nor does she underestimate the additional pressures she has faced along the way as a woman in a leadership role. ‘I’ve been working for 25 years; I know what it is like to be a young woman in the workplace, and the issues and challenges you may face,’ she explains. ‘There’s additional pressure on me to assert my credibility in some circumstances. There is a sense [as a woman] that you have to prove your worth.’

Ms Cordery has extensive experience in policy development, influencing and communications. Before moving into the healthcare sector in 2007, she was head of public affairs at the Local Government Association, representing local councils in England. She says that NHS Providers is  a ‘supportive and encouraging environment’, and that she has worked hard to create a culture that encourages people to focus on their talents. ‘I spend  a lot of time thinking about the experience of other women in the workplace because I know how lonely it can be,’ she says.

And although she sees herself as  a confident individual, she knows it can sometimes be difficult to believe in yourself. ‘I try not to forget what it’s like to not have confidence, and I try to make sure  that I’m open, clear and honest in what I say to my colleagues, so that they may gain something from me,’ she explains. ‘Leadership is about having a vision  of what you want to do and what you want to achieve, and being able to create an environment in which everyone comes with you to deliver that,’ she says.

Ms Cordery says her leadership style is very much about being collaborative. ‘Nothing pleases me more than working with other people to do something.’ Ultimately, she says, leadership stems from listening, understanding and being brave. ‘If you don’t listen to other people, and you don’t take wider views on board, and if you don’t think other people have  a part to play, then you’re going to be in  a pretty lonely place,’ she adds.

The biggest challenge currently weighing heavily on the minds of her members is workforce. ‘If you went back three or four years and asked trust leaders what the biggest issue they were facing was, they would say money, hands down. Now, they would say workforce is their number one concern. Even if they had enough money, they still don’t have the staff to fill the roles,’ she says.

Healthcare professionals are still eagerly awaiting the arrival of the workforce implementation plan, now known as the ‘people plan’, with hopes it will address issues around recruitment and retention.  The interim plan, recently released, suggests the final document will set out new standards and behaviours for NHS leaders working for central and local NHS organisations, and ‘shape the recruitment, development and appraisal’ of NHS leaders.

‘It’s not a revelation to say that recruitment and retention are the issues we need to tackle, but how the plan does that is fundamental,’ Ms Cordery says. ‘And I think one of the big things it needs to do is think about the culture of the NHS.’

Ms Cordery says the culture of the NHS – in terms of nurturing and encouraging existing staff and attracting new recruits – needs to be addressed, and that behaviours of bullying, low morale, harassment and undermining need to be tackled at the source. ‘We need to treat everybody with respect and enable them to deliver their best. That goes from the top of the NHS to the bottom in terms of how we tackle that.’

She adds that staff with low morale ‘aren’t going to give over and beyond’, and that in order to change this it’s vital that people feel positive and happy in their roles. ‘It’s about people feeling valued, and that needs to come from the top. ‘Feeling appreciated, acknowledged, valued, respected and listened to, and with their successes noted, is very important.’

Ms Cordery acknowledges that burnout is quite a ‘challenging thing to tackle’, but she believes there are  a number of steps the NHS can take in order to overcome the problem. She adds that the NHS needs to help employees spot the signs of burnout, and that it is essential that everyone – from managers to the individuals themselves and their colleagues – know how to handle it.  ‘Burnout is an issue – it’s big and important,’ she says.

Ms Cordery says some of the pressures on NHS trusts come from outside the organisations: the emphasis to meet performance targets, to balance budgets and to meet patient demand, for example. ‘We have to recognise that the pressures the NHS is facing need to be resolved at the macro level, as well as at the micro level, in order to make [the future] sustainable.’

She says there should be somewhere employees can turn, which could include a helpline that people can call. This could also take the form of a mentoring process that could help, for example, by giving someone a ‘buddy’ to talk to about the challenges they face. Despite the NHS workforce crisis, Ms Cordery believes high-quality and patient-focused care must still be high on the agenda. ‘It’s massively important that someone’s experience of their care is as good as the clinical outcome,’ she says.

Ms Cordery believes that for the health service to be able to deliver top-quality care with the limited resources available, leaders need to come up with innovative ideas. ‘When you don’t have the workforce and the money to do everything you would like to do, you have to think very creatively.’ She adds that collaboration is an important part of that. ‘The problem doesn’t begin and end with us, and the solution doesn’t begin and end with us, so how do we work with others [in the system] to make sure that we’re delivering safe care, delivering care that has the right clinical outcomes, and delivering care that patients really value?’ she asks.

One area that the NHS always struggles with is the annual winter health crisis, which puts a major strain on primary care, mental health and social care services. Ms Cordery’s advice to trusts is to prepare early, although she understands that this is a ‘huge challenge’.

‘There are a number of elements that go into the perfect recipe for avoiding too much angst over winter,’ she says, adding that this includes investment that needs to come at an earlier stage. ‘We have a job in getting the national level to understand that investment needs to come in really early so that we can make the best use of it. We know that every organisation seeks to build in additional capacity in order to meet that kind of upsurge of demand,’ she explains.

She says that ensuring there are good relationships between health and social care will help during the winter months. The main problem, she says, is not being able to get patients to flow smoothly through hospital, which results in a build-up of patients and not enough beds. ‘You may admit emergency patients, but if you can’t discharge them, the system clogs up – and that’s where we get real challenges,’ she explains.

Ms Cordery says one way in which trusts can get through the winter is to get additional staff onboard, although with the current workforce crisis, this is, of course, a challenging task in itself. ‘It’s a huge challenge, and it’s something that needs to be tackled – not just by trusts themselves but by their commissioners and all of their partners across the local area,’ she says.

She also thinks that, as a system, the NHS needs to look at the bigger picture, at how it can ensure people aren’t becoming so unwell that they require emergency provision, and how to ensure there are sufficient GP appointments, so people don’t have to wait so long. Earlier this year, the long-term plan hit our desks and Ms Cordery says it was ‘full of the right ambitions’ and great ‘in terms of the direction of travel’.  However, when asked what was missing from the plan, she says: ‘We are operating in a context where integration and collaboration is expected, but this was solely an NHS long-term plan, and actually it should be a long-term plan for health and social care.’

‘The NHS is forever evolving’

Ms Cordery says the next 12 months will involve a continued focus on workforce, and she will look at how to put the NHS on a sustainable footing. However, she is aware that NHS Providers can’t solve that problem alone. But as deputy chief executive of the organisation, she is keen to continue to raise the points that matter to the people working behind the scenes in the NHS. She says, ‘The NHS is a forever-evolving, changing organisation, because it basically reflects the people coming through the door.’