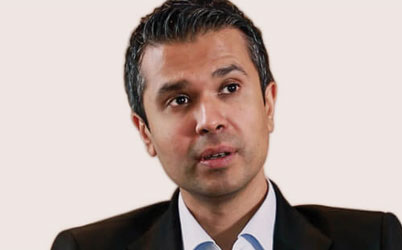 Imagine the scenario. A 60-year-old lady undergoes a routine angioplasty for stable single-vessel coronary disease. Shortly afterwards she dies of an acute myocardial infarction. She had signed a consent form indicating that there was a 1% risk of heart attack, stroke or death but she had not been told that having a stent would not prevent a heart attack or prolong her life. She had told her son she didn’t want to have a heart attack, implying that was why she agreed to the procedure. Should the cardiologist be prosecuted because they knew it would not provide this benefit and neglected to say so?

Consent that is not fully informed is not consent at all. But such sequestering of patient-important information is the norm.

One study revealed that 88% of patients believed they were having the procedure done for the very purpose of preventing a heart attack and 43% of cardiologists when anonymously asked said they would still do the procedure even if they knew it would not benefit the patient. But this is not in keeping with evidence-based medicine, which is defined by the integration of clinical expertise, best available evidence and patient values. When patients were explicitly told about the lack of prognostic benefit from angioplasty, only 46% opted for the procedure, but 69% opted for it when they were not given this information.

In the UK, one-third of coronary angioplasties, 30,000 a year, are carried out for stable disease. This may be to alleviate symptoms that have not settled with medical therapy, but studies suggest this benefit disappears after a year.

But ‘too much angioplasty’ is just one symptom of a system failure where financial incentives trump patients. Sir Bruce Keogh has suggested one in seven medical and surgical treatments in the NHS should not have been carried out. The Academy of Medical Royal Colleges calculated that at least £2bn is wasted on treatments that have clear evidence of no benefit.

A pioneering independent website the NNT.com evaluates evidence-based medicine according topatient-important outcomes. It recently published a review that there was no mortality benefit intaking statins for those with a less-than-20%10-year risk of developing cardiovascular disease.

This represents the majority of patients taking statins worldwide, but how many of them are aware of this? My own anecdotal survey on Twitter of 144 respondents revealed 92% would not take a statin on this information.

Commissioners should reward doctors for carrying out a shared-decision conversation with patients. Do they really need this test, drug or procedure? What are the risks? The other options? What happens if they do nothing? Instead, doctors are rewarded for the volume of operations or prescriptions – ethically dubious at best.

The system is broken and can be fixed – but only by adhering to the principles of evidence-based medicine where patient preferences truly matter.

Dr Aseem Malhotra is a consultant cardiologist and member of the Academy of Medical Royal Colleges’ Choosing Wisely steering group.