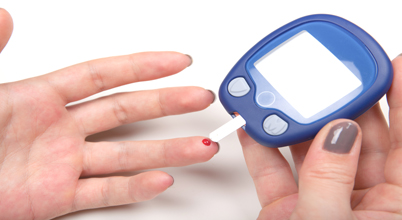 Type 2 diabetes affects millions of patients across England, costing the NHS billions each year. But research shows that the condition is reversible. Léa Legraien investigates

Affecting millions around the country and costing the NHS billions each year, diabetes is one of the most pressing issues facing the health service today.

Data from NHS England shows that there are currently 3.4 million people with Type 2 diabetes in England and around 200,000 new diagnoses every year. Treating the condition accounts for about 8.1% of the annual NHS budget, amounting to nearly £8.8bn.

The problem is set to get worse. At the moment, five million people in England are at a high risk of developing Type 2 diabetes. If this trend persists, one in 10 will develop the condition by 2034.

But there may be hope in sight. In recent years, experts have argued that Type 2 diabetes is reversible.

NHS England’s national clinical director for obesity and diabetes, Professor Jonathan Valabhjisays: ‘The growing obesity epidemic is a public health crisis and results in a range of avoidable illnesses such as Type 2 diabetes and costs the health service billions every year.

‘The early signs…are positive in terms of putting some people with Type 2 diabetes into remission.’

But to what extent can the effects of the condition be reversed and what can NHS leaders do to help?

Diabetes is a lifelong condition that causes people to have high levels of sugar in their blood. The condition is a leading cause of preventable sight loss and a key factor in kidney failure, heart attack and stroke.

Professor Roy Taylor from Newcastle University suggests that Type 2 diabetes is caused by an excess of fat within the liver and pancreas, which causes the liver to respond poorly to insulin.

Studies show that people who have lived with the condition for a few years are more likely to go into remission.

Dr Tony Willis, clinical director for diabetes at the North West London Collaboration of CCGs, believes that Type 2 is ‘potentially very reversible in the first seven to ten years of diagnosis’.

He says: ‘Traditionally, people have thought that diabetes is a progressive disease and that you just have to get on with it and your medication requirements will go up and you may need to go on insulin.

‘Over the last few years, people are becoming increasingly aware that reversal, or remission, is possible.

‘It is never too late to make lifestyle changes – even if you’re not able to come off all medication, being able to reduce medication is of real value.

‘There are major benefits too from an overall weight reduction on the risk of heart disease, arthritis, mobility and obesity-related cancer.’

Obesity is the main risk factor for Type 2 diabetes, with more than 90% of people newly diagnosed with the condition being above their ideal weight.

According to the UN Food and Agriculture Organisation, one in four British adults is obese, placing the UK at the top of of Western Europe’s obesity league.

Dr Willis argues that the ‘current obesity epidemic and increase in Type 2 diabetes is related to how easy it is to consume large amounts of sugar and other carbohydrates and how our lives are much more sedentary than they were 50 years ago’.

He continues: ‘If you’re overweight, the most important action you can take is to try and reduce this in a sustainable way.

‘Different people find different dietary approaches most helpful to them – some of these include low carb, which consist in reducing sugar and starchy foods, intermittent fasting, the 5:2 diet or a low fat diet.

‘The best diet is the one that works for the person and is sustainable long-term – crash diets usually aren’t.’

In 2011, assisted by Professor Mike Lean from the University of Glasgow, Professor Taylor conducted two small studies where people with Type 2 diabetes managed to reduce the amount of fat present in both organs after eight weeks.

Overall, nearly half of the 206 participants were able to stop taking their diabetes medications after three to five months into the study.

Professor Taylor says that at the moment ‘this can only be done through substantial weight loss and remains possible for at least 10 years after the onset of the condition’.

However, this method is not easy and has an impact on patients’ wellbeing, with participants observing a number of side effects including headaches, dizziness, hunger, tiredness and cold.

In 2016, an ongoing study called Diabetes REmission Clinical Trial (DiRECT) was designed, looking at whether a low-calorie diet of soups and shakes, alongside weight management support, can put patients with Type 2 diabetes into long-term remission.

With obesity such a prominent contributing factor in causing Type 2 diabetes, it is little wonder that the NHS is taking measures to tackle the nation’s expanding waistlines.

From July 2018, NHS England will ban sugary drinks in hospitals, which will make England the second country in the world to implement such measures after Portugal.

There is evidence to suggest that the health of NHS staff contributes to the overall health of patients.

Dr Willis says that ‘the obvious next step would be introducing this ban in schools, as getting the right start in life is really important for dietary and activity habits’.

He adds: ‘Schools should be providing more in the way of education about the risks of obesity and offering support for families who are struggling with unhelpful patterns.

‘I hope that we’ll have more and more lifestyle change support being rolled out, particularly digital tools, as attending education or information courses can be really challenging for people of working age, due to the current need to take time off work.’

Although reversing the effects of Type 2 diabetes can only be a good thing, prevention is still better than cure.

In 2016, NHS launched The Healthier You: NHS diabetes prevention programme (NHS DPP) ‘to support people who are at risk of developing Type 2 diabetes’.

The programme, which involves tailored and personalised help, including education on lifestyle choices, advice on how to reduce weight through healthier meals and physical activity programmes, has seen more than 100,000 referrals.