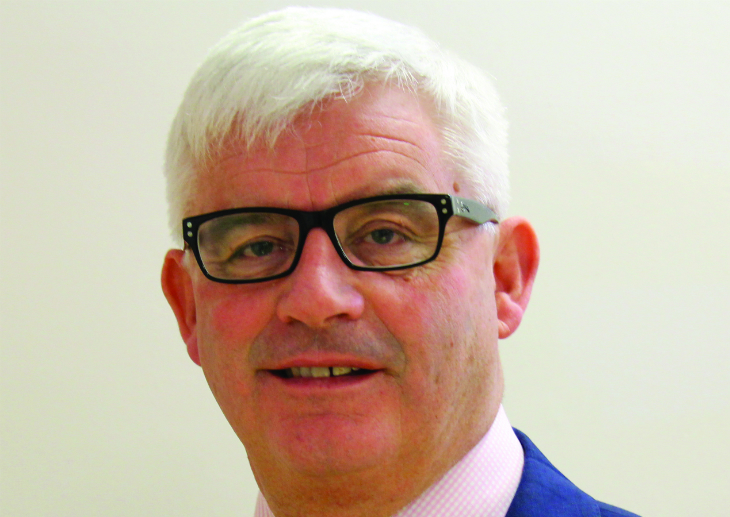 Fusing three STPs into one organisation is all in a day’s work for Alan Foster, STP lead for Durham, Darlington, Teesside, Hambleton, Richmondshire and Whitby, as Kaye McIntosh finds out

Working at scale is a mantra for STPs – and three areas in the north of England are determined to turn that into a reality.

Providers and commissioners  stretching from the Scottish Borders to the Yorkshire Dales and from Carlisle  to Berwick-upon-Tweed, plan to come together as an ICS, to form one single footprint.

It will see the close collaboration of Northumberland, Tyne and Wear and North Durham; West, North and East Cumbria; and Durham, Darlington, Teesside, Hambleton, Richmondshire and Whitby STP. Scheduled to launch next April, it will cover 3.2 million people.

It’s a vision driven by Alan Foster, the lead of the STP with one of the longest names in the country – Durham, Darlington, Teesside, Hambleton, Richmondshire and Whitby. He believes pulling the three areas together reflects the way people use the NHS.

‘People cross boundaries, so it’s better to plan on a bigger footprint. There are things we want do at scale, to help sort the money out and keep our heads above water.’

So how did everyone come on board? It helped that there were existing clinical and managerial networks to tap into.

‘The way I got buy-in was to write to people and say, “wouldn’t it be better if providers and commissioners gathered around the table and talked to each other on a more regular basis”?’

Before the idea to join forces, the three STPs met for discussion on a subject-by-subject basis, to talk about service change. Coming together in a more formal way made sense and work has been progressing for almost two years.

Mr Foster had to sell NHS England on the idea, presenting to national director of operations and information Matthew Swindells, and NHS Improvement, talking to chief executive Ian Dalton. They saw the benefit and gave the go-ahead, and data collection is now done jointly across all three STPs.

Although people had locally been talking about integration before this, it’s important to put the process into context, Mr Foster says. ‘What does it mean for the North East and how can we design a system that will get more jobs, people and resources into this patch?’

It’s about putting the system before individual organisations – which has always been a struggle for the NHS.‘I’m not going to say everything’s hunkydory,’ says Mr Foster.

‘It was hard work and there’s still a bit of local protectionism – if a change wasn’t invented in, say, Sunderland then Sunderland doesn’t want to take it from somewhere else. But, largely, we’ve won hearts and minds and convinced them of the shared vision.’

Mr Foster says the North East has learned a lot from its western neighbours in Cumbria. There are now eight CCGs in north Cumbria, joining up health, social care and public health services so professionals can work as a team around the patient.

Each one is based on a cluster of GP practices, with teams from different organisations working closely together to plan care for patients with complex health needs.

Patients with musculoskeletal problems can, for example, see a MSK professional directly, without a GP consultation, and work is under way to help reduce the number of falls in frail elderly people.

The three STPs cover rural areas in Cumbria, Northumberland, County Durham and the Yorkshire Dales, as well as deprived localities in the cities of Newcastle, Sunderland and Middlesbrough. ‘Generally our population’s health is poor,’ says Mr Foster. Low life expectancy, smoking, long term conditions and childhood obesity are all issues.

Staff shortages are a huge problem. ‘We were fortunate enough to get additional medical school places at Sunderland but that’s not an overnight fix,’ he says. There’s a particular lack of cancer specialists, radiologists and stroke physicians.

‘We’ve got to make the North East attractive. For consultant medical staff we are fishing in a national pond. The region around Newcastle is attractive but sometimes we have difficulty recruiting in the more rural areas.’

Operating at scale, yet with a strong network offering support to local areas, will go some way towards lifting the region, he believes.

‘We will have one system as an ICS, but four local partnerships that will integrate care and services,’ says Mr Foster. ‘We want to standardize our pathways and deliver efficiency off the back of reducing the number of organisations; putting that overhead back into frontline care.’

As for the structure of the new super-ICS, once it comes into effect next year, Mr Foster says that ‘one local partnership will be in north Cumbria; another in Northumberland and North Tyneside, Newcastle and Gateshead; a third in Sunderland, South Shields and Durham; and a fourth in the Tees Valley, including Middlesbrough.

The vision is that hospitals will work together as networks to support vulnerable services. Where there is a need to reconfigure, Mr Foster wants to retain as much acute care in the localities as possible.

‘I want to keep all the services we’ve currently got. To create more jobs and bring more resources into the North East, through our research capability and by working with partners in industry and the local enterprise partnerships.’

North Tees and Hartlepool NHS Foundation Trust, part of Durham, Darlington, Teesside, Hambleton, Richmondshire and Whitby STP is one of six demonstrator sites in the Department of Health and Social Care’s Scan4Safety project, which uses barcodes to track devices and products throughout hospitals.

The system, for example, flags up when a prosthetic doesn’t match a patient identifier, to prevent errors and allow tracing if problems later emerge. Recalling people who had metal-on-metal hip implants used to involve hundreds of hours, Mr Foster says – no longer, with this ability to trace devices.

Outpatients is another target for transformation. ‘Dragging people to clinics is an inefficient model’, he says. Especially in rural areas, where travel time and public transport is an issue. They should be replaced by online consultations, plus monitoring at home, he believes.

When you need to attend clinics, tests, scans and clinical assessments should be done in one go. The North East and North West regions have researchers at the forefront of digital development, Mr Foster adds. ‘We’ve got a rich database of three million patient records.

The Newcastle, Durham, Teesside, Sunderland and Cumbria universities are working with us and it will transform research in this part of the world.’

Yet funding is always an issue. There’s money going into the digital examplars and some into backfilling roles for people working for the STP, but ‘it’s all been a bit piecemeal’, he says. Yet, he adds, there’s also opportunity.

For instance, bringing pathology together in one common system to improve safety and create savings, something he would like to implement but that he outlines needs upfront IT investment of about £40m.

The key to making progress, Mr Foster believes, is communication. ‘I put a lot of time and energy into having conversations with people, reassuring them and reinforcing the vision. Explaining to them that this is about improving the quality of services and being able to maintain as much locally as possible.’

He encourages chief executives to keep briefing their boards and local authorities, while he goes ‘everywhere’, including council overview and scrutiny committee meetings, public forums and trade union meetings. ‘At times I get sick of hearing my own voice but you can’t over-communicate,’ he says.