How much progress has been made on race equality in the NHS? 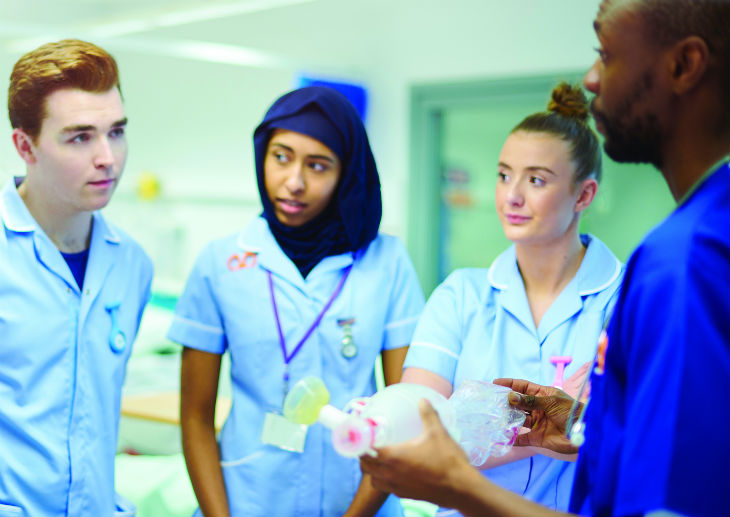 The WRES is now in its fourth year. Valeria Fiore reports on the progress made so far and how it is set to evolve

Race equality is of primary importance in any organisation but in a sector such as the NHS, which employs over 200,000 individuals from BME backgrounds, it is surprising that only 7% of them move into leadership roles.

The Workforce Race Equality Standard (WRES) was introduced in 2015, with the aim of eradicating race inequalities within the NHS and improving the experience of BME staff.

Now in its fourth year, the WRES has enabled healthcare leaders to act on race disparities in their trusts, allowing the NHS to make progress on the issue. However, NHS bosses still have a long way to go to achieve full equality.

Figures published in the 2017 WRES report show that BME staff are still more likely to go through a disciplinary process than white staff and a recent study by the Nuffield Trust healthcare think-tank found that white consultants earn £4,644 extra a year compared with their BME counterparts.

‘End denial and accept there was a problem’

In 2004, the NHS and the then Department of Health recognised the need for greater attention to be given to race in the NHS, releasing the Race Equality Action Plan to develop more opportunities for BME staff.

But according to Dr Roger Kline, research fellow at Middlesex University Business School, previous efforts on race equality failed to deliver the intended results, meaning a new framework asking providers to record their improvements on race equality was needed.

‘It was clear that little or no progress had been made in the decade since the ministerial launch of the Race Equality
Action Plan, which was premised entirely on voluntary measures without any measurable outcomes,’ says Dr Kline, who alongside Yvonne Coghill OBE is one of the two directors of the WRES.

His desire for a framework that will bring measurable results on the issue was presented in his 2014 report, The Snowy White Peaks of the NHS, in which he summarised the lack of progress and presented a case for why this was a problem for BME staff, organisations and patient care.

Dr Kline – who led the development of the WRES – saw his campaign come to fruition when in April 2015 the WRES
became compulsory through the NHS standard contract. For the first time, it became mandatory for trusts to report on their progress on race equality. They were also expected to show improvement on the nine WRES indicators as part of the CQC assessment.

‘The standard obliged organisations to end denial and accept there was a measurable problem that needed to be tackled, starting with root cause analysis and moving to evidenced mitigation,’ Dr Kline says.

The programme received £2m over the first two years to help NHS trusts share best practice on the actions they were starting to take. The funds were also used to train around 75 champions, based in trusts and tasked with guiding the rest of the workforce on reducing inequalities.’

‘People from minority backgrounds have a huge part to play’

With the introduction of the WRES, healthcare leaders were able to collect data highlighting the different  experiences of white and BME staff and compare the progress they were making on a year-on-year basis.

The 2017 WRES report, published by NHS England in April last year, highlighted the advancement NHS trusts were able to make for each of the nine indicators (see the bottom of the story for clarification on the indicators).

The report found that more people from BME backgrounds were in senior nursing and midwifery posts compared with the previous year, and that a growing number of trusts had more than one BME member at board level.

And while BME staff were 1.37 times more likely to face disciplinary procedures in comparison with white staff; this constituted an improvement on the 2016 figure of 1.56.

However, it was clear from the report that closer attention should be paid to tackling the small proportion of BME employees in leadership positions.

The report found that an extra 38 BME members of staff had very senior manager roles in NHS trusts in 2017 compared with 2016. This represents 7% of all very senior managers, a figure that is much lower than BME representation in the overall NHS workforce (18%).

‘I think the NHS is a wonderful thing, but it needs more diversity,’ says Dr Navina Evans, chief executive at East London NHS Foundation Trust. ‘We are struggling at the moment and I believe that women and people from ethnic minority backgrounds have a huge part to play in the NHS recovery plan.’

Danielle Petch, director of workforce at Milton Keynes University Hospital NHS Foundation Trust, is convinced that, from a provider’s perspective, the WRES is working as it should.

‘It is prepopulated and based on staff survey outputs, which is far less labour intensive than historically and is very
much a welcome change,’ she says.

She says the WRES has allowed the trust to introduce more diversity at board level by setting quota-based criteria to
ensure ethnic background and gender are taken into account when candidates are longlisted for board-level posts.

Ms Petch adds that her organisation is also looking at developing a BME network to offer a voice to and meet the needs of all individuals across Bedfordshire, Luton and Milton Keynes STP.

‘Our vision is to analyse and scrutinise the data collected against pre-defined quality indicators from the staff survey.
We also aim to do more to engage with local equality, diversity and inclusion groups to develop support and training for recruitment and employee relations,’ she explains.

Dr Durka Dougall, senior consultant and programme director of leadership and organisational development at The King’s Fund thinktank, commends providers’ efforts on race equality. She believes the WRES has helped increase awareness of race equality in the health sector, which was what Dr Kline hoped it would achieve.

Earlier this year, one woman made headlines when she decided not to sit on an interview panel if it did not include at
least one BME member. She is Sarah-Jane Marsh, chief executive of Birmingham Women’s and Children’s NHS Foundation Trust.

Thanks to data collected through the WRES, her trust discovered that in 2015/16, a person of white ethnicity was 1.53 times more likely to be appointed to a role following shortlisting. This had increased to 1.88 times in 2016/17.

Ms Marsh says: ‘Some BME candidates might make a subconscious decision when stepping into a room full of white
interviewers and decide not to give their best if they feel there is nobody like them at the institution. We want candidates to see that we welcome diversity.’

‘We need our non-BME colleagues to join us’

Dr Evans emphasises that diversity at board level is important, as people with different backgrounds bring various
challenges, discussions, solutions and attitudes to solving problems. She also believes leaders will struggle to attain race equality, as there are no easy solutions to this issue.

‘If you have BME members at board level, they have an additional responsibility on top of their role as a board director, as they bring their perspective as BME members into the boardroom. They are role models, advocates, and they represent a possibility,’ she says.

She believes that, when looking at issues of race and inequality, NHS boards should think carefully about the issue and ask themselves the question ‘does race really matter?’ instead of complying with the WRES simply because it is mandatory.

‘I hear a lot of people say they will have a BME member on the interview panel. I think that is fantastic, but if it stops there, there is a risk that things are tokenistic,’ she comments.

‘We are all brought up with views, and those are the things you have to struggle with. It’s a long-term change, and it’s not going to happen immediately. ‘We need our non-BME colleagues to join us in solving the problem as well.’

Some measurable improvements on race and equality have been registered thanks to the WRES, making the issue better understood by boards. However, Dr Kline is convinced that the WRES will now need to evolve and help ‘regulators move from highlighting the issue’ – which was appropriate for the first three years of the WRES – to actually ‘insisting on making progress’.

‘We need to be much better at sharing evidenced interventions and good practice and be very wary of drifting into an
over-emphasis on “culture change”, which will not bring about the desired change and will end up making leaders and managers feel guilty, not determined to act,’ Dr Kline says.

The WRES has allowed for some progress to be made, but healthcare leaders believe more action should be taken both at local and national level to achieve equality. ‘There are whole varieties of things that organisations need to do,’ says Danny Mortimer, chief executive of NHS Employers and vice chair of the WRES Strategic Advisory Group.

‘I think the NHS has to get better at pointing at the reactions that will make a difference, those that we have seen affect change. It isn’t about making the case for change any more. It is about making the change, and I think that’s the evolutionary step that the standard is taking now.’

Organisations that have a poor WRES performance should be able to find examples of what has worked well, says Diana Belfon, equality and inclusion lead at Northamptonshire Healthcare NHS Foundation Trust. A way to do that, she adds, would be through the ‘expansion and development of WRES experts, so that organisations that have poor WRES preformance can seek help to improve from WRES experts in their region’.

The awareness raised by the WRES can help us understand the ‘root causes of racial bias’ and encourage more action to be taken by boards to prove they are improving against the WRES indicators, according to BMA council chair Dr Chaand Nagpaul. ‘Just 7% of very senior managers are from BME backgrounds,’ he says. ‘In the 21st century, that is not acceptable.’

Devised to be as ‘simple and straightforward as possible’ the nine WRES indicators enable healthcare leaders to recognise the different experiences of white and BME staff.

Four of these look at workforce data, another four take data from the national NHS staff survey questions, and one measures BME representation on boards. NHS leaders are asked to compare the data retrieved for white and BME staff for each indicator.

Board representation indicator
Measure the percentage difference between the organisations’ board voting membership and its overall workforce.