What actions can trusts implement to prevent fraud? 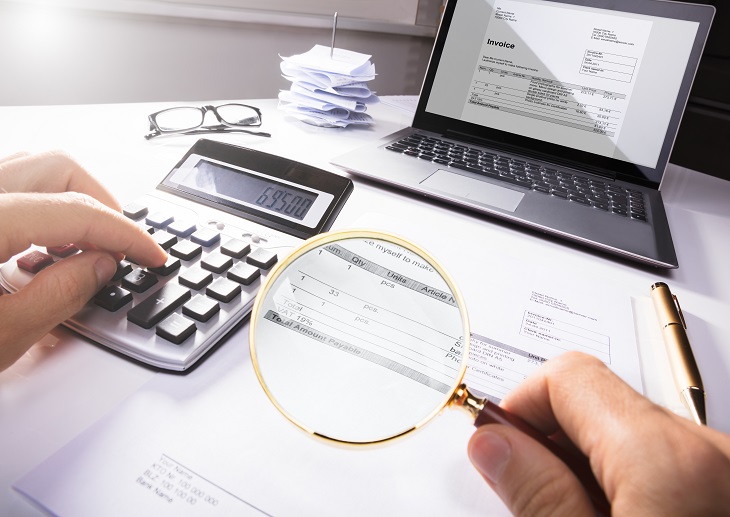 Fraudulent actions against the NHS cost the health service £1.25bn in 2016/17. In order to cut this cost, a new expert intelligence-led authority, the NHS Counter Fraud Authority (NHSCFA), was established in November 2017.

The NHS Standard Contract says that all providers must put in place and maintain appropriate counter fraud arrangements.

In October 2018, the Department of Health and Social Care announced tougher anti-fraud measures that will help the NHS save millions of pounds over the next five years, including the introduction of a new counter-fraud profession.

As a result of these measures, a dedicated group of 400 counter-fraud specialists will focus on preventing fraud in the NHS.

Currently only a few NHS trusts and foundation trusts have an in-house counter-fraud specialist, with the majority still preferring to outsource the service to third parties.

Healthcare Leader interviewed two fraud specialists and a finance director to find out more about what they are doing to prevent fraud in their trusts.

John Marsden, who has been working as local counter fraud specialist at Blackpool Teaching Hospitals NHS FT exclusively from 2013, believes that, as the NHS is a big organisation, it’s easy to come across different types of frauds – from staff fraud to contract fraud, from bribery to corruption.

According to NHSCFA, other fraud types could include false claims – for instance, patients claiming for free NHS care when they are not eligible for it – procurement fraud, misrepresentation of qualifications or experience and timesheet fraud.

‘The NHS staff are caring and honest. That’s predominantly why they are good at their jobs and why they are in the NHS. What they are less good at is identifying weaknesses where somebody who is inclined to commit fraud will take advantage of [the system],’ Mr Marsden says.

Clinical policies and procedures are usually ‘spot on’ but managers often don’t have counter fraud on their radar, according to Mr Marsden.

He says: ‘That is where I would come into play. I would look at those policies and procedures and identify back door weaknesses and fill them up. Previously I couldn’t always do that, when I was working as part of a consortium – I simply did not have the time.

‘I would absolutely recommend the presence of an in house officer. I am part of the trust, an integral member who is on site, approachable and can engage with the committee,’ Mr Marsden says.

To outsource or not outsource

It is quite common for trusts to outsource counter fraud services, according to Mike Keech, director of finance at Milton Keynes University Hospital NHS Foundation Trust (MKUHFT).

Mr Keech believes that it is beneficial to outsource the service because of the expertise that people working with more than one NHS organisation develop in terms of dealing with fraud.

‘Typically, the firm that provides the counter fraud service works with a different number of trusts and agencies. Therefore, they will be aware of what’s happening in other organisations that can help inform the work they do here.

‘We recently reconsidered if we should bring in an in-house but for reasons described before, our preference was to continue with this outsourced arrangement,’ he says.

During her time at both trusts, her work allowed for the establishment of a culture of zero tolerance against fraud in the NHS.

‘At both trusts, it is mandatory for every employee to carry out a counter fraud module every two years, which comes with an assessment that employees need to pass,’ Ms Ryan says.

‘At Wigan, we have 5,000 members of staff and 90% of them have completed that module. I think this is a good measurement of how you raise awareness on what is expected of them. It’s a good way to make sure they know how to raise concerns or suspicions of fraud and how to report it.’

Other measures trusts can use to raise awareness on fraud include offering workshop.

Ms Ryan says: ‘More recently, I have been carrying out fraud workshops, which are more in-depth sessions than a power point presentation. From that we have seen significant changes, possibly in the increase of referrals because people actually know how to raise their concerns.’

Not all students learn the same way, so it is important to diversify what you have on offer to make sure your message reaches all employees in the same manner.

Mr Keech said that at MKUHFT they raise awareness through a variety of means, such as through a ‘newsletter, which goes out twice a year or posters across the sites raising awareness of current issues around fraud and fraud prevention’.

However, the main initiative is their fraud awareness week, Mr Keech says. ‘Our local counter fraud specialists run a week of activities across the trusts involving meeting with different departments. Part of it is to make sure that people know how to raise concerns and they know who our local counter fraud specialist is, who I am, and if they need to raise concerns directly to me.

‘That awareness extends to specific teams as well. Our procurement team will have bespoke awareness sessions with our local counter fraud specialist to make sure that they know what to account for.

‘The work should be organised in such a way that full coverage is achieved and that hard to reach groups are not missed out,’ he says.

Sometimes, managers don’t ask the right questions and are quick to believe their staff, according to Mr Marsden.

He says: ‘Managers believe and don’t question [staff]. If someone tells them “I’ve worked my full hours last week”, they will believe them especially if they are not based in the same premises.

‘Sometimes managers don’t think their staff might lie. I often ask them “Have you ever done spot checks, rang the office at five o’clock to check if those who should be in the office are still there? Have you ever rung at 8.30am to make sure the early starters are starting to work?”

‘This is what managers should be doing but quite often they don’t as it doesn’t enter their radar.’

Deterring staff from working while off sick

All three experts agreed that one of the most common causes of fraud in trust is working while off sick.

Ms Ryan says: ‘We have a six-month paid occupational sick pay and what we found is that staff may continue to work in as secondary role, which may be deemed fraud by false representation. I would then go out to employment agencies, other trusts or other organisations (even outside the NHS) and use GDPR requests to look for evidence proving that they have committed fraud by working elsewhere while off sick.

‘Once we identify with the NHS CFA and the director of finance at the trust that there is enough evidence to suggest a criminal offence has been committed, the individual may be invited for an interview under caution.’

‘I have amended the return to work form, where there is now a caveat that asks employees if they have taken any paid or unpaid work whilst off sick. That is a deterrent and a piece of evidence if they said they haven’t [worked while off sick] but in fact we know they have.’

Local authorities to get £1.36bn to cover social care costs